Film director Edward Dmytryk developed the following rules of editing at a time where features were shot and edited on film. While they were originally called the “7 rules of cutting”, they are still just as relevant to digital film editing today.

Rule #1: Never make a cut without a positive reason

The cut should make sense with whatever is meant to go on in the film. You shouldn’t just cut to something that is unrelated or unnecessary.

Rule #2: When undecided about the exact frame to cut on, cut long rather than short

This rule was particularly important when tape was cut during editing (destructive editing). This meant that when a frame was cut, it was completely separated and the effects couldn’t be undone easily. If someone wanted to ‘undo’, he/she has to tape the frame back in place (and it would be apparent that this is what was done).

Rule #3: Whenever possible, cut ‘in movement’

There is nothing worse than seeing an actor on screen come to a complete stop, then magically still be walking at the very next moment on the other side of the screen. It’s for that reason that cutting in movement makes the scene look more fluid and natural, not jerky and amateur.

It is better to show ‘fresh’ material than to repeat ‘stale’ things the audience has already seen.

Rule #5: All scenes should begin and end with continuing action

In order to keep audiences interested, you should always have something significant happening at the start and end of each scene.

Rule #6: Cut to proper values rather than proper matches

The most important thing is how the film makes people feel.

Provoking emotion should always be a priority over structure when making edit decisions. 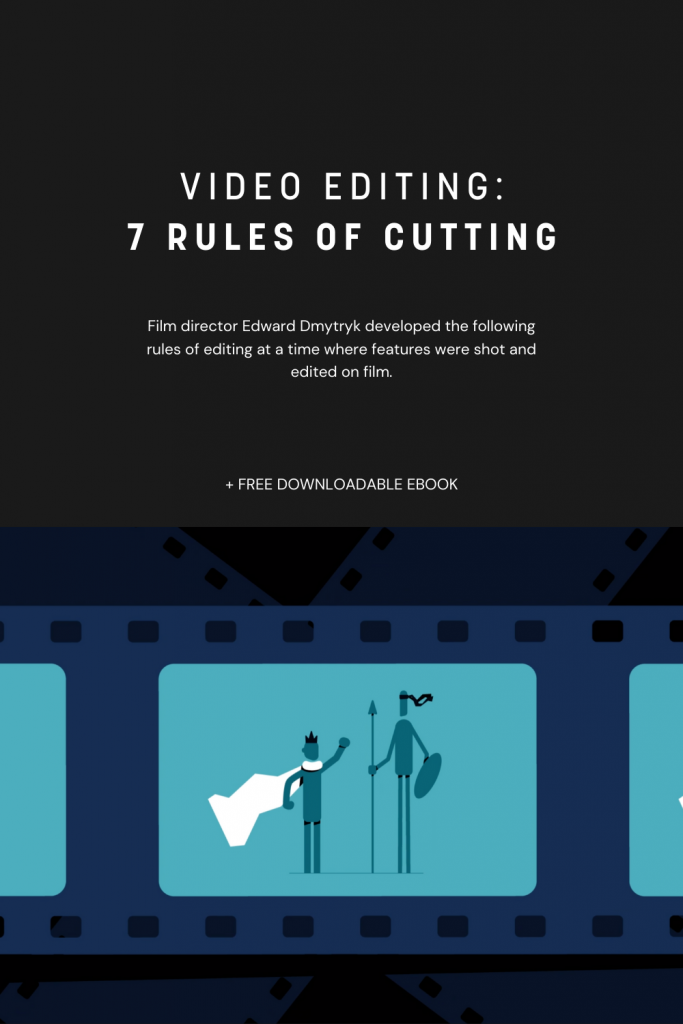 The film documentary is a genre that typically involves filming an event and its aftermath. Since the invention of cinema, …