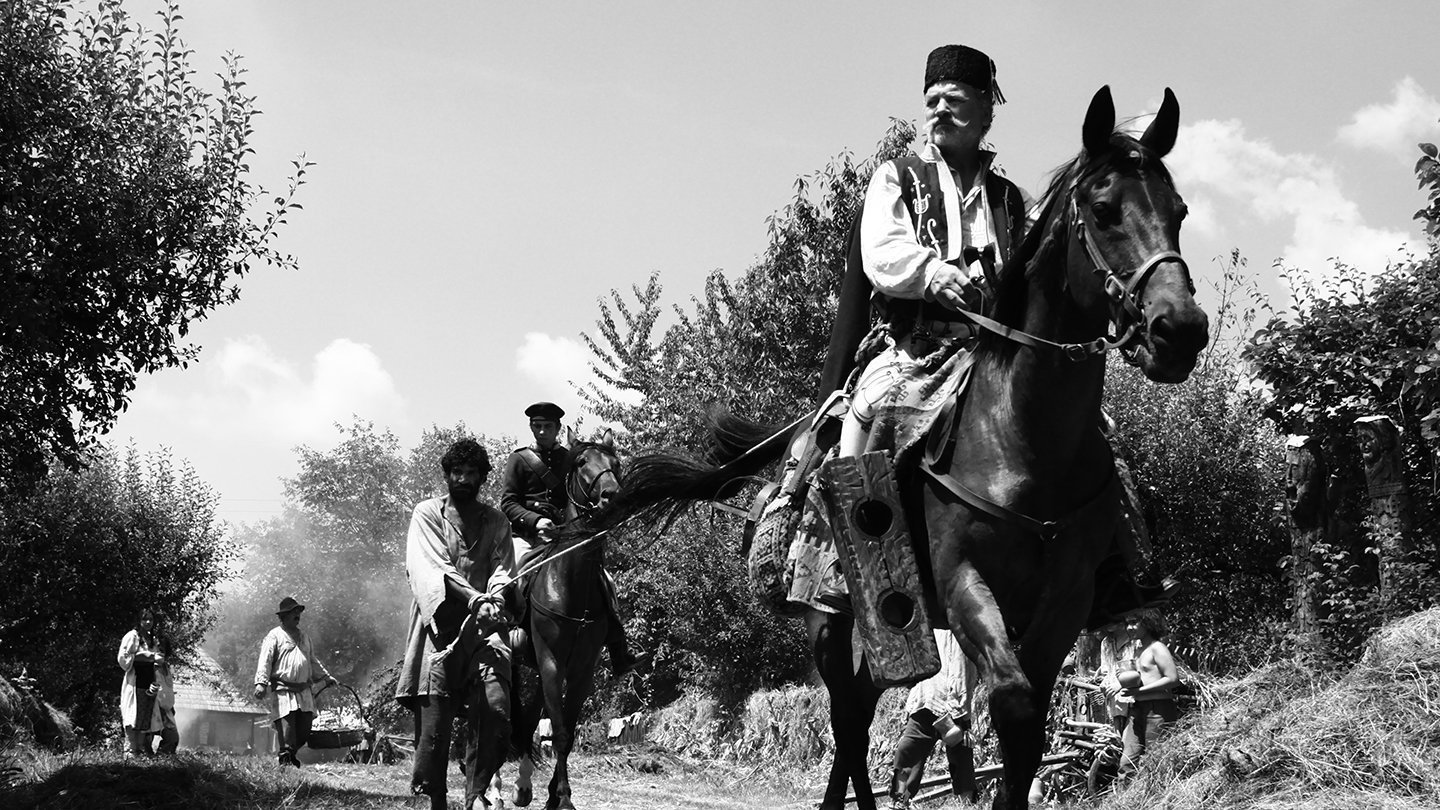 Aferim! comes from an Ottoman-Turkish expression meaning “bravo’. A word used sarcastically for the deep irony of the film but also directed at the work of the film’s director Radu Jude.

The story follows Constable Constantin and his son (played by Teodor Corban and Mihai Comanoiu), who are paid by a local boyar (noble) to catch a runaway gipsy slave who is claimed to have slept with the boyar’s wife. Shot by Marius Panduru in black and white, their journey emphasises the repressive views of the Christian-influenced region of Wallachia during 18th century Romania.

I loved how the movie sticks exclusively to just wide shots and two shots throughout, which, combined with the black and white look and fantastic costume design makes the film feel like we’re watching a long-lost piece of historical footage. The movie was presented in a cinematic 2:35:1 aspect ratio, giving a slightly modern touch, though I think this was done to convey the idea that a lot of the repressive views of the time-period are still reflected in today’s society.

At first, both Constantin and his son come across as instantly unlikeable, constantly referring to slaves as “crows”, Turks as “dirty” and Jews as “demons”. Nevertheless, the more time we spend time with them the more we realise that they are simply a victim of the repressive religious views of their time. From their interaction with the different priests they encounter, we realise that any religious authority is put on a pedestal and anything said by such authority should be treated as law. At one moment a priest claims the bible states Jews can multiply if needed, and Constantin accepts it as fact.

One of Karl Marx’s biggest arguments was that our individuality is shaped by the environment and society around us, and this movie brings a light to that. There are multiple moments where both men begin to doubt the norms of their society, both through their interactions with priests and gipsies. Despite these doubts, they always seem too afraid to openly question their beliefs, fearing that they may possibly be right.

All in all, this a fantastic film for anyone interested in Eastern History or Eastern European culture. A fantastic piece of art from Radu Jude, who manages to keep us engaged using only wide shots and minimal editing, something not commonly seen in modern cinema.

CINEMA PARADISO: A Slice of Nostalgia