In the early 1970s, blaxploitation (or blacksploitation) became a popular subgenre of film emerging from the US. Uniquely, these films depicted black characters as protagonists, subjects, and oftentimes the heroes of the narrative. However, the genre was equally criticised for perpetuating certain negative stereotypes.

The 1970s were a turbulent time for race relations with civil rights and Black Power movements reaching new heights, and dominating the sociopolitical context of the time. They became so powerful that it was almost impossible for multimedia to avoid reflecting this transition. Equally, studios admitted they were seeking to appeal to a different demographic of consumer – African Americans.

The contradictory nature of this subgenre made it stand out all the more. The films were financially successful and had finally placed black actors in leading roles, but they were also criticised for the romanticised depiction of poverty-stricken communities, and rampant problems like drugs and crime.

The terminology itself was coined by Junius Griffin, who at the time was the head of the Los Angeles branch of the NAACP. This term intended to criticise the depiction of African Americans, but ironically, the subgenre proved to reflect the progress that was being made in representation. Now in lead roles, albeit in low-budget B-movies, black actors were the protagonists, and were able to overcome oppressive, white authorities, typically acknowledged as ‘The Man’ in these plot lines.

Defining features varied depending on the location of the film. For instance, set locations in the South would typically touch on themes of slavery and miscegenation, while those set in the West Coast would focus on poor urban neighbourhoods, where violence, sex, and drug trade comprised key elements of the narrative. 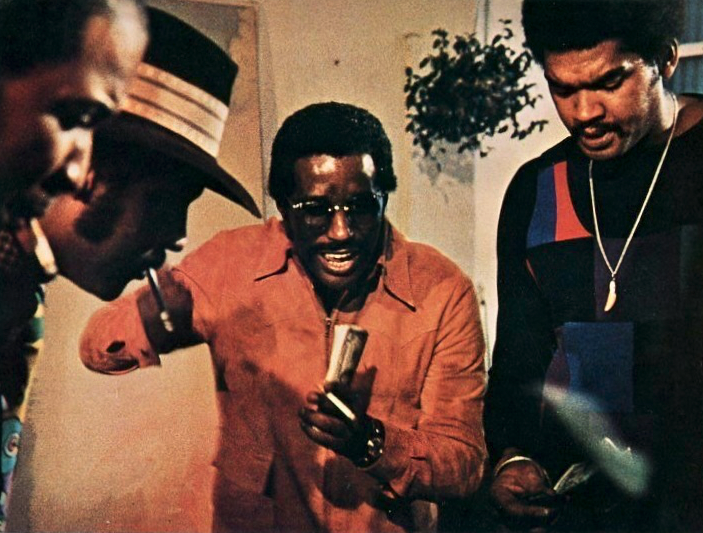 One of the most famous of this era is Super Fly (1972), directed by Gordon Parks Jr. The protagonist, Youngblood Priest, aims to abandon drug-dealing by finishing out with one last, big deal. Priest lives in Harlem, and refers to the overbearing authority that has to be overcome, ‘the Man’. While Super Fly enjoyed huge success, the NAACP again found criticism in choosing to depict the central hero as the most respected man in the neighbourhood, despite his criminality.

Blaxploitation films began to branch out into an array of genres, including horror movies like Blacula (1972) and Blackenstein (1973). However, when the 1980s rolled around, the genre began to dwindle in the production industry.

In the late 1980s and early 1990s, a new wave emerged. Spike Lee’s Do the Right Thing (1989), for instance, centred on young black Americans in an urban environment, incorporating some elements from blaxploitation cinema, but reaching a new level of representation.

Jackie Brown (1997) came decades later, directed by Quentin Tarantino, paying a huge homage to the blaxploitation cinema of the 1970s. The film features Ordell Robbie (Samuel Jackson), a criminal who seems to represent the epitome of blaxploitation masculinity, surrounded by drugs, guns, money and women. However, Tarantino subverts the narrative by introducing the protagonist, and hero, of the story – Jackie Brown – and we see that whatever Ordell has built up, quickly falls apart under pressure.

Jackie Brown (Pam Grier – an actress who made a name for herself in the blaxploitation era with films like Foxy Brown) allows Tarantino to play with the prerequisites of the genre including violence, criminality and sexuality. Jackie Brown subverts these traditional features, criticising some of the elements that originally undermined blaxploitation, including the representation of gender roles.

Original blaxploitation cinema was multi-faceted in its representation of race in America, and the problems that afflicted such communities, oftentimes even lending itself to criticism. However, this subgenre undeniably marked a significant point in the history of cinema with its representation of African Americans and has continued to shape film today.

Technicolor and the Use of Colour in Film

The black and white film was the original cinematic medium; thus, early filmmakers had to become experts in using contrast. …

The Bechdel Test: Analysing the Representation of Female Characters in Film

We explain the background of the test, why it's more important than ever, and provide examples of Hollywood films that …

Documentary: What is the Reflexive Mode?

The reflexive mode incorporate the filmmaker and the camera into the final product. The nonfictional reflexive mode documentary style poses doubtful …