With World War I (or The Great War as it was called then) afflicting Europe, it comes as no surprise that American cinema dominated the scene during the 1910s, up until the 1960s. At first, the movement began on the East Coast, but the formation of the MPPC (Motion Pictures Patents Company) made it difficult to survive, especially for the small, independent companies like IMP (Independent Motion Pictures, which would become part of Universal Pictures) and Famous Players (which would later become part of the MGM corporation). So, the further away they were from the MPPC, the more successful they were. That is until the demand for films became too great.

The Further West, The Better

As the years rolled by, Americans wanted more filmed stories, and soon it became difficult to create films individually. So, the best decision, for those independent producers, was to merge with one another. From IMP, Bison, Powers, Nestor and a whole host of other companies, the Universal Film Company was born.

It was with this merger that the move to Hollywood began. With the opening of Universal City, the Hollywood Hills would soon become the hub of film production activity. Not only did Universal City take over the hills, but soon other conglomerates began to spring up in the desert. Studios like 20th Century Fox, Paramount and MGM followed in Universal’s footsteps. With demand so high, and the almost impossible nature of shooting films individually, these major studios began to mass-produce films, assigning producers and directors to each film, without thought for the details.

By the late 1920s, the silent film industry reached its peak. Films like The Three Musketeers, The Covered Wagon, Ben-Hur: A Tale of the Christ were some of the major box-office hits that the studios made during the Golden Age of Silent Films. However, these successes wouldn’t last for long. Something else was coming.

One of the greatest development in film production was the introduction of sound on film. This meant that not only would audiences be able to see a story unfold on the big screen, they’d be able to hear it too. The studios were at the top of their game, by the time sound stepped onto the scene. It was a new element, and the major studios began to trip up, thanks to the new addition. Not only were they slow on the uptake, they were furious about it, even to the point of not using it altogether. The only exception to this was Warner Bros.

The Warner Brothers Company was the very first film company to incorporate sound into their films. They debuted the merge with their hit film The Jazz Singer in 1927. It was a major success, one that saw sound as an important tool in film production. The Jazz Singer not only opened new doors for film studios, it paved the way to the second wave of the Golden Age, but that wouldn’t be until the middle of the 1940s.

Sound And The Epics

During the 1930s and 1940s, the major Hollywood studios saw themselves in the red. The Great Depression had caught up with them, and most companies were in some form of debt. This was largely due to the expensive tools they needed for production, not just for the silent films, but for sound as well. It was especially difficult to operate sound shoots. The microphones and the cameras were so bulky, it was hard to shoot without either equipment being seen. So, for a long time, it seemed like the Hollywood Golden Age was on its death bed. It wasn’t until the late 1930s did the major studios strike gold.

Of course, this rocky transition can’t be represented any better than this scene in Singing’ In The Rain.

When they finally admitted that sound was a great addition to Film, the studios finally took off. Major epic films such as Gone With The Wind, Dr Jekyll and Mr Hyde, Casablanca, Singin’ In The Rain gave Hollywood the very much needed boost that it desperately needed.

With the addition of sound and colour, Hollywood was becoming even more expensive. It was costing the studios more money to incorporate a celebrity’s name into their pictures. There was practically no budget, thanks to the epic productions they were churning out. Finally, because federal government banned studios from vertically integrating, the cost of exhibiting their productions was ever increasing.

It’s fair to say, that by the late 1950s the Golden Age of Hollywood came to an abrupt end. The studios made fewer productions, because of finance, and other independent film makers were starting to walk the scene. Of course, that’s not to say Hollywood didn’t try. As the year went on, the major studios no longer used their factory system of mass production. Instead, they focused on releasing big blockbusters, at least once or twice a year, using those big names as a hook for such films.

In fact, some would argue that the Golden Age never really ended. Even now, independent filmmakers implement techniques and systems from the Golden Years.

As independent films become more proactive, they would always sport a celebrity name. Despite the production being “independent”, you’ll find a major studio attached to the film in one way or another. No matter how hard the independent companies try, they’ll always find a studio ready to back it up, if they believe the film will be worth their time and money. 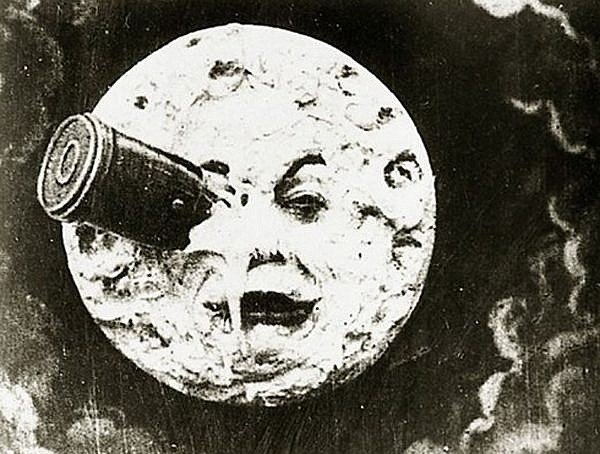 Politics in 1910 Germany was highly tumultuous. World War I dominated the country, and most of its films were geared …