History of the Comedy Genre

The short L’Arroseur Arrosé (or The Sprinkler Sprinkled) from 1895 is often cited as the earliest surviving comedy film. This one-minute tableau directed by one of the Lumière Brothers sees a gardener that gets pranked by a mischievous boy into spraying water in his own face. The image of the gardener getting hit by the stream is etched into cultural memory and has been copied and parodied countless times.

There are even older short films that have comedic elements, but this can be seen as the very first pure comedy film. After the establishment of Hollywood, several comedic stars of silent film emerged, including Charlie Chaplin, Buster Keaton, and Laurel & Hardy.

When sound was not available as a tool for filmmaking, these performers used their bodies and faces to get a laugh from their audiences. Charlie Chaplin made his Hollywood debut in 1914, and by 1916 he was a global phenomenon, largely because of his tramp character. This figure with shoddy clothes, a bowl hat, a cane, and a short moustache always seemed to end up in trouble with figures of authority, but through his ingenuity, he got out of many hairy situations.

Chaplin’s work from the silent era can best be epitomised by The Immigrant (1917) and The Gold Rush (1925), two films where the Tramp tries to find his fortune but finds love instead. Chaplin’s work in the 1910s and 1920s is still funny to modern audiences and there are some true gems in the many films he made.

Buster Keaton was also a highly prolific director and actor, known for his deadpan expression and highly dangerous stunts which he always choreographed and executed himself. His greatest achievements came primarily out of the 1920s, comedies such as Sherlock Jr. (1924), The General (1926), and The Cameraman (1928). But unlike Chaplin, Buster Keaton would fail to successfully transition into the sound era.

Even if Keaton had trouble with sound pictures, Hollywood of the 1930s still produced some spectacular comedies which perfectly employed this new technology. This is the heyday of the screwball comedy, a subgenre of romantic comedies where a man and a woman engage in playful banter and battle for dominance in the relationship.

These films are characterised by fast and overlapping dialogue and exchanges of insults, and usually also contain a difference in social class. It Happened One Night (1934) is often seen as the greatest screwball comedy, but the subgenre was officially kicked off by Bombshell one year before. My Man Godfrey (1936), Bringing up Baby (1938) and The Lady Eve (1941) are all classics in this category as well.

Around this period Hollywood went through a major transition with the installation of the Hays Code. The Hays Code (officially known as the Motion Picture Production Code) was a set of guidelines installed by Will H. Hays meant to censor any content it deemed inappropriate or unacceptable. For example, this came down to punishing villains to show the audience crime does not pay, removing any depictions or mentions of sex, and some even uglier ideals, such as excluding interracial relationships.

The Hays Code was being applied to every film by 1935. It is specifically the period before this year where you will find the most controversial and daring films made in Hollywood. In the field of comedy there was but one leader of the Pre-Code film: Mae West. West gained notoriety in New York following a run of plays she had written. The Drag, about the gay scene in 1920s New York, was never performed on Broadway due to public outcry, and after the staging of her next play Sex, she was arrested on charges of obscenity.

These two very controversial hits ensured her stardom, and West traveled to Hollywood to make a number of endlessly quotable comedies. Her films are shocking to watch today seeing how openly sexual they are, without a single second of nudity. It is all done through clever innuendo and West’s acting, which never hides the desire (and often contempt) she feels for the men around her. Her pictures She Done Him Wrong (1933) and I’m No Angel (1933) also boosted the early career of Cary Grant.

The Hays Code had been severely weakened by 1959, in part due to the wildly successful Some Like it Hot (1959) by Billy Wilder. The film, starring Tony Curtis, Jack Lemmon, and Marilyn Monroe, is often seen as one of the great masterpieces of comedy. The story follows two jazz musicians played by Curtis and Lemmon who disguise themselves as women in order to escape from the mafia.

While on the run they join an all-female band led by Monroe, and soon both men are vying for her affection. Some aspects of the film have not aged that well and come across as very uncomfortable to a modern-day audience, and at the same time, other scenes were way ahead of its time. The final line in particular is a perfect example of this. 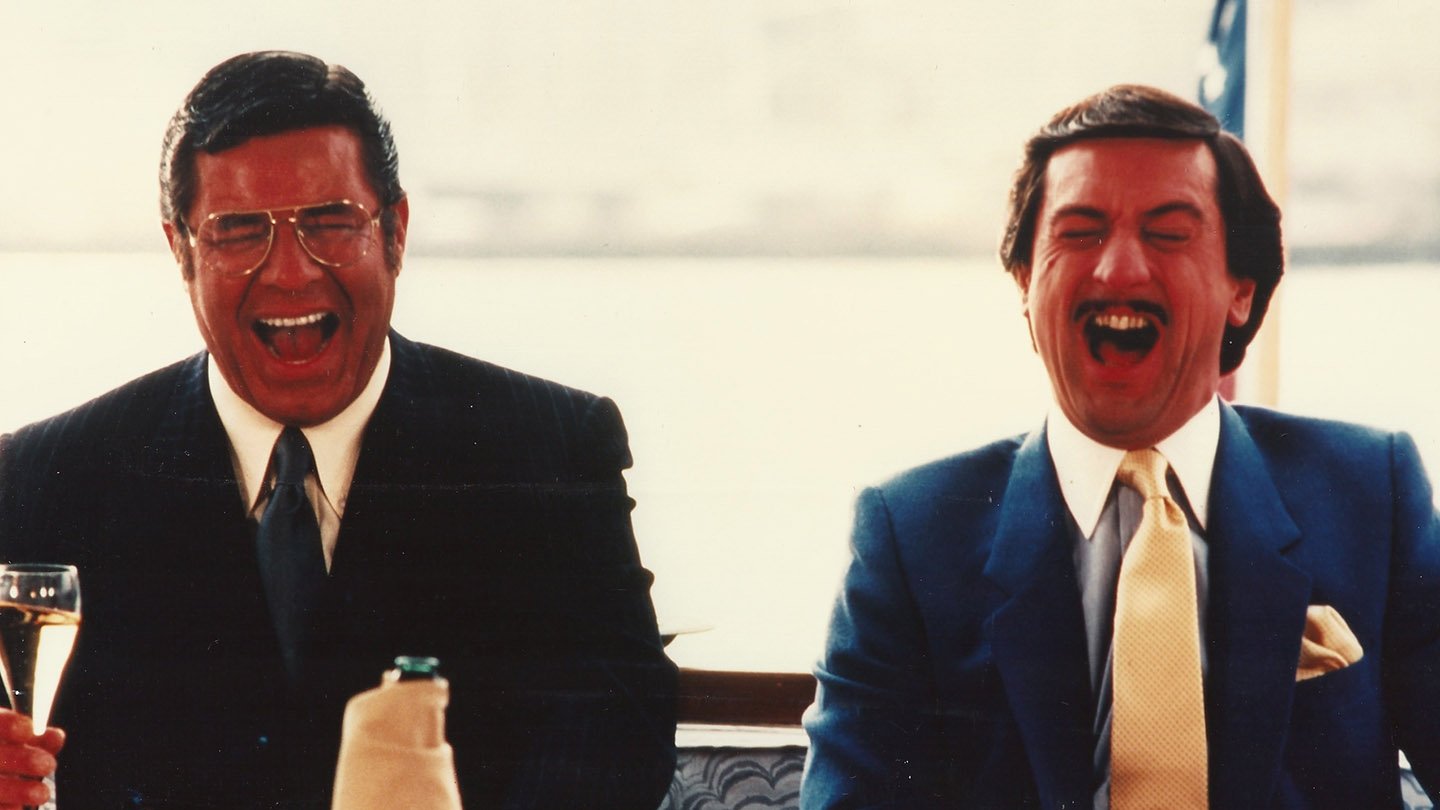 Dark comedies, otherwise known as gallows humour, apply a funny or mocking tone to incredibly unsettling or horrifying situations, daring the audience to laugh at what would be miserable to experience outside of fiction. The ultimate example is the Stanley Kubrick film, Dr. Strangelove or: How I Learned to Stop Worrying and Love the Bomb (1964). The film is a brilliant satire that laughs at the petty behaviour of government and military officials, while the fate of all life on earth hangs in the balance.

The Coen Brothers excel at this type of comedy, setting up scenarios with life or death stakes, and then populating them with highly incompetent or quirky characters. The Big Lebowski (1998) and Fargo (1996) are about kidnapping and murder, but due to the silly and charismatic protagonists, these plots are pushed towards absurd heights.

In A Serious Man (2009), a well-meaning psychics teacher is tested by God through a series of unfortunate incidents entirely outside his control. The darkness here does not come from criminals or violence, but from the existential dread of believing in a Lord that never answers your questions.

Or the spy thriller Burn After Reading (2004), about a pair of gym employees (Brad Pitt and Francis McDormand) who find a CD-ROM and think they have stumbled onto highly valuable government secrets. But in actuality, it is merely the badly written memoir of a mid-tier and recently fired CIA employee.

Burn After Reading is also an excellent example of the parody subgenre, in how it lampoons serious spy films. In spoofs or parodies, the style of other films or film genres is copied in a humorous fashion. As a subgenre, parodies often go critically unappreciated. The subgenre really kicked into gear in the 1970s, when the Monty Python group mocked historical epic films by adding absurdist humour to the Arthurian Legend and the story of Jesus in Monty Python and The Holy Grail (1975) and Life of Brian respectively (1979).  Airplane! (1980) which parodied the disaster genre, became a box office smash, and gained many imitators.

The legends of the slapstick comedy were mentioned earlier, but while Keaton fizzled out during the 1930s, Chaplin made some of his best works. Even when the whole of Hollywood switched towards talkies, Chaplin was wary of the new technology, fearing that being giving his silent Tramp character a voice, it would limit his overseas appeal. So he made two more silent films: City Lights (1931) and Modern Times (1936).

These two films are often seen as the funniest of his entire career, and they do indeed make masterful use of Chaplin’s body as he stumbles, falls, gets hit in the face, but always gets up again. After these two successes, Chaplin finally made his first sound film, The Great Dictator (1940), a very ambitious political satire of the Nazi movement and Hitler himself.

But Chaplin was not the only actor/director who used slapstick comedy masterfully. In the 1950s, French director and comedian Jacques Tati introduced the character of Monsieur Hulot, a socially awkward man wearing a raincoat and always smoking a pipe, who finds himself in comedic situations. Mon Oncle (1958), Playtime (1967) and Trafic (1971) combine a more gentler style of slapstick (Monsieur Hulot doesn’t nearly fall or get hit as much as Chaplin or Keaton) with a societal critique of consumerism and the absurdity of French social classes.

A modern day equivalent to these masters of slapstick can be found in Rowan Atkinson’s work, who is primarily known for playing Mr. Bean. There are some who would say that mentioning Mr. Bean in proximity to Chaplin or Tati is blasphemy, but his 1992 documentary Laughing Matters clearly shows Atkinson has a phenomenal understanding of the art of physical and visual comedy.

The legendary Mel Brooks is primarily known for writing, directing, and starring in some of the funniest parodies of the 70s and 80s. His first masterpiece was the 1967 farce The Producers, where a Broadway producer and his accountant, both Jews, devise a scheme to create a musical that will be a surefire flop so they can cash the insurance money. They ask an ex-Nazi to write the script and he provides them with Springtime for Hitler, a love letter to the Fuhrer. But of course, the musical proves to be a ginormous hit.

In 1974, Brooks made two perfect parodies, Blazing Saddles which spoofs the western genre, and Young Frankenstein, which pokes fun at the Universal monster movies from the 30s. In 1987 Brooks wrote the Star Wars parody Spaceballs, his last comedy which would be universally beloved. Robin Hood: Men in Tights (1993) has some fans, but the horror parody Dracula: Dead and Loving It (1995) is just plain not funny.

Elaine May had a long and highly acclaimed stage career before making her film debut in 1971. In that year she directed and wrote the black comedy A New Leaf, where she also played the role of a nerdy botanist sitting on a tremendous fortune, who is romanced by a bankrupt playboy aiming to leech off her money.

This cynical comedy was followed by The Heartbreak Kid (1972), but after a series of commercial failures, she restricted herself to writing credits alone. She collaborated on the screenplay for Tootsie (1982) where Dustin Hoffman poses as a woman and wrote the adaptation of the French farcical comedy La Cage aux Folles.

This adaptation turned into the queer classic The Birdcage (1996), starring Robin Williams and Nathan Lane as a gay couple who have to pose as straight for the conservative parents of the girl their son wants to marry. May is often overlooked as a comedy auteur, but her lightning-fast dialogue and wonderfully conceived farces underline a deft understanding of Hollywood screwball classics.