In 1982 “Who Framed Roger Rabbit” became a milestone in the film industry for combining animation and live-action and making these characters interact with both environments and each other. In 1992 an attempt was made to use the same idea but for a more adult audience. Brad Pitt was cast alongside Gabriel Byrne and Kim Basinger and the scene was set for a bizarre failed attempt at It would become a strange failure with a history of vandalism and bizarre choices ultimately killing any chance of success.

Cool World is about a soldier called Frank who after a hideous parent killing accident ends up in the equivalent of Toon Town in this it’s called the “Cool World”. Humans are known as “noids” and the toons are known as “doodles”. Doodles cannot sleep with noids or they become noids themselves and that is against the rules of Cool World. Doodle Holli Would (Kim Basinger) desperate to become a noid bring over a cartoonist to seduce him and then she will become a noid. It’s a bizarre and frankly kind of disturbing plot and not originally the plot at all.

If you aren’t picking up on the obvious “Who Framed Roger Rabbit” feeling then you need to pay more attention. Our vampy Jessica Rabbit-esque character is Holli and we even have a detective just like Bob Hoskin’s private eye. 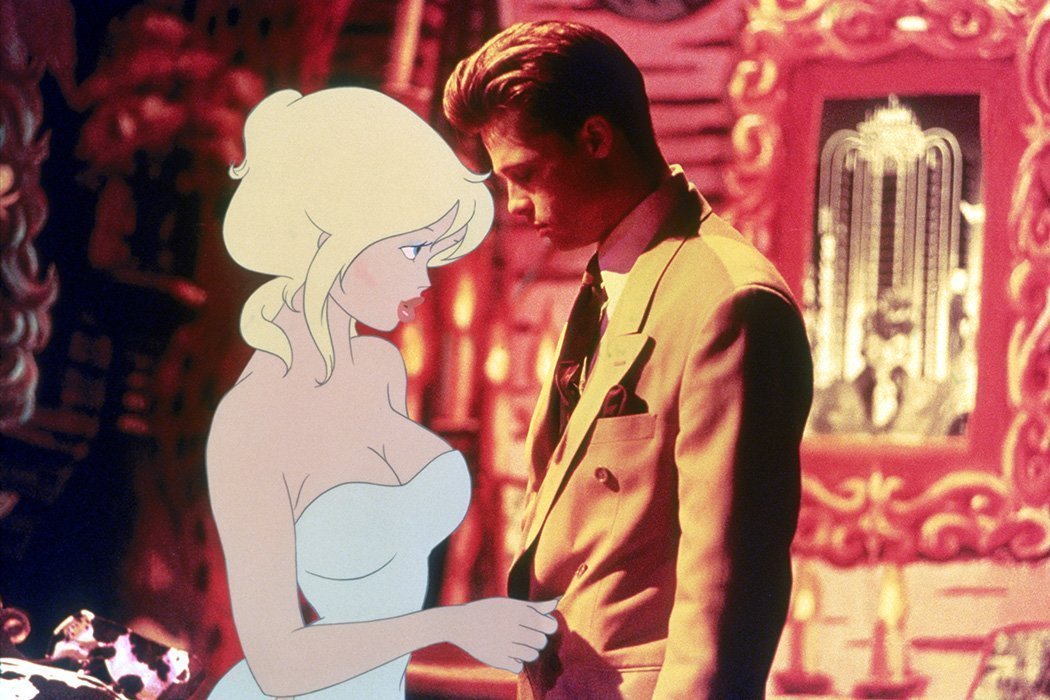 On its surface, the idea seems sound. Bakshi had a reputation for grown-up cartoons and David Bowie contributed to the soundtrack. The entire thing on paper looks like it could be on the way to becoming one of the coolest, strangest cult classics of all time. Naturally, that never happened.

Originally Bakshi envisioned a hard-R animated/live-action spectacle originally focusing more on the idea of being trapped in the “cool world” of your own creation. Gabriel Byrne’s character the cartoonist would have been far more important and the whole thing would have been far scarier. However, Paramount wanted PG-13 and started re-writing and redoing, and taking over the production.

The animators were told to just animated over with anything in particular, as they had no fixed script. This leads to scenes and ideas where the main story is happening but strange Looney Tunes-style adventures are happening all over the screen. Your eye has no idea where to rest. The entire thing is left as a kinetic frenzied mess that feels mind-blowingly strange to watch. That’s if you make it through the whole thing in the first place.

In fact, the most coherent thing about the film is the beginning Action to Live Action sequence introducing Brad Pitt’s character into Cool World after that the whole thing goes haywire and not in the best of ways.

Like all bizarre and strange film history pieces, there was a lot going on behind the scenes to especially with Kim Basinger. Basinger signed onto the film under the odd belief that it would PG-13 and child-friendly, which you really have to question knowing that Bakshi was the director. She believed Holli Would was character children would adore and that they could screen the film in children’s hospitals. How she could possibly think that from the script, costumes and concept we will never know however one thing is for sure those children certainly never saw the finished film. 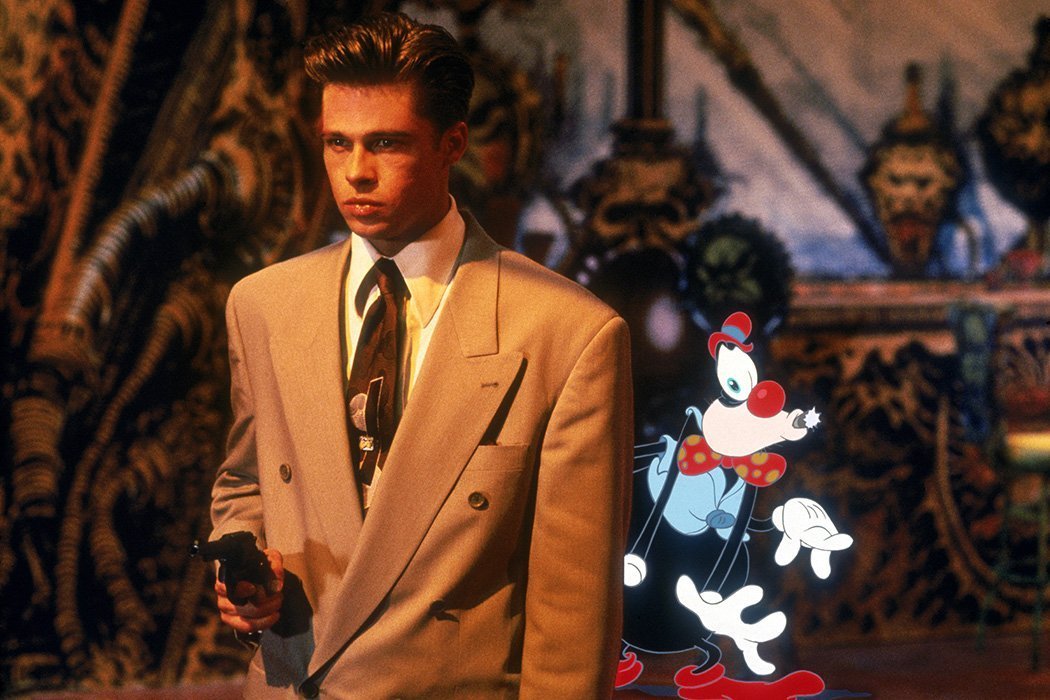 To mark the arrival of the film Paramount paid significant amounts of money to get a massive cutout of Holli to sit on top of the famed sign. Homeowners went to court over the decision as they thought it was a hideous addition to the landmark. However, they didn’t win and Holly loomed over Hollywood for a small period of time.

After all of this “Cool World” only raked in $14 million not even half of its $30 million budget. Nowadays it’s known as a bizarre oddity forgotten mainly but dug out every now and then by directors like Gia Coppola. Ultimately it leads to Bakshi leaving Hollywood altogether. However, he’d continue in animation successfully funding and making the short film “Last Days of Coney Island”.

Ultimately “Cool World” seems like it may be due to an Internet-based reawakening. It’s a fantastic source of bizarre costumes that would look fantastic for Halloween or comic con. It could also definitely benefit from a midnight screening and an awful lot of booze. It certainly fits into the strange “Tumblr” aesthetic that has become so sought after that it may just go from a strange failed oddity to fully-fledged cult status. After all stranger, things have happened.