Da 5 Bloods begins as a nostalgic quest between four old friends, though in typical Spike Lee fashion, goes on to unravel your expectations all guns and bullets blazing.

This story of comradeship and redemption follows the journey of four Vietnam veterans who, in their old age, decide to return to the country where they all fought. We soon learn that two forces bring them back together, first to claim back treasure they buried years before and secondly to honour their fallen brother, Stormin Norman (Chadwick Boseman). War breaks out once again, mirroring the one they were all trying to reconcile with, and the journey becomes less about Norman and more about the retribution that they want for their afflictions.

As much as Da 5 Bloods is about friendship, it is also a film about confrontation, exploring the conflict between father and son, between the past and the present and finally between Paul (Delroy Lindon) and his own demons. 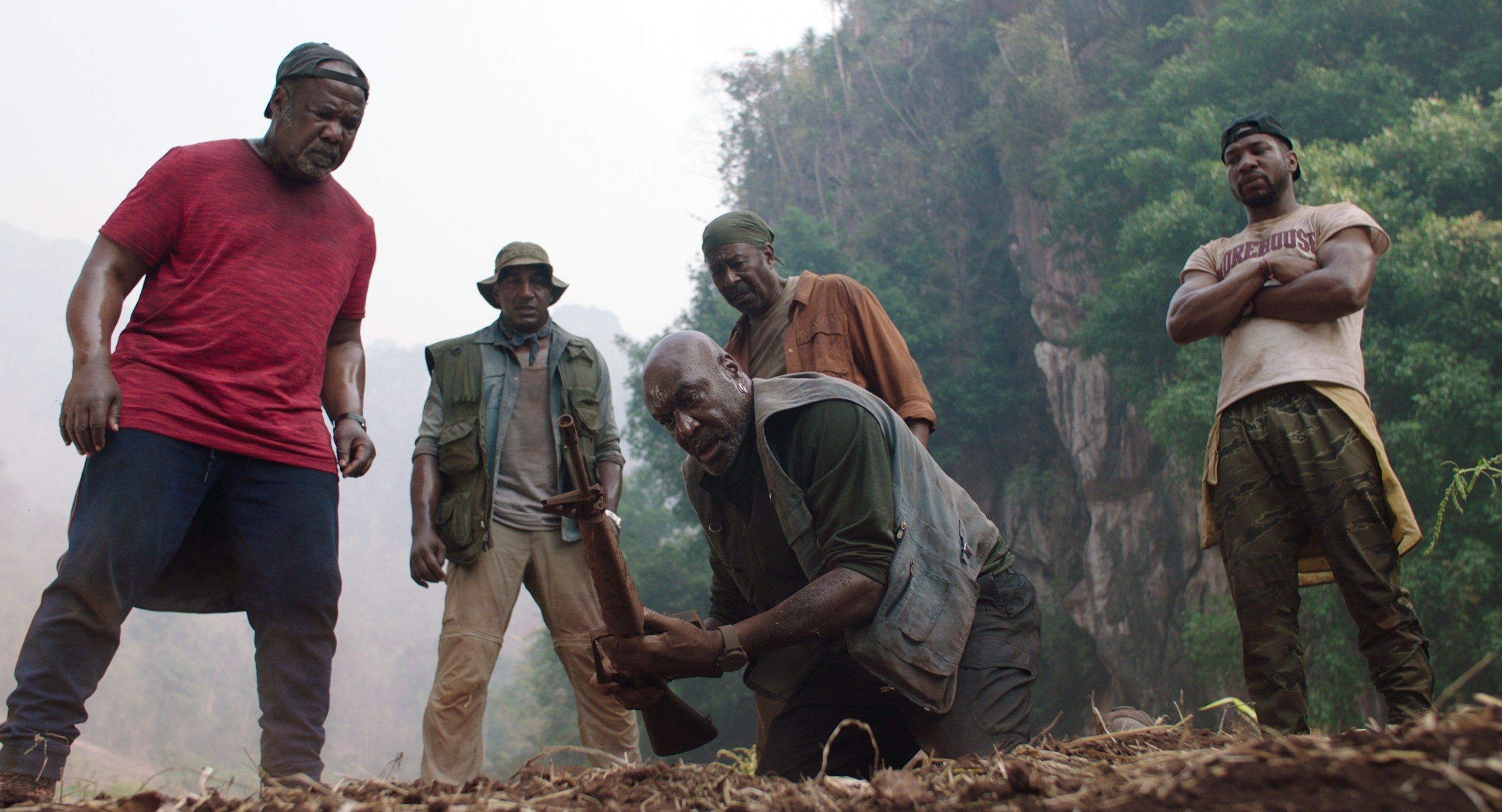 Paul, our protagonist, still very much wears the burden of what happened to him on his sleeve. He is the only Blood who has not moved on from the horrors of what happened decades before, and we later discover that this trip is his final chance to face his own torment. First seen wearing a ‘Make America Great Again’ hat, this becomes a symbolic reminder of how things have not really changed. There is still an us versus them mentality that plagues political America and Paul supporting that in Da 5 Bloods shows how he manifests his hatred for the US, into hating the enemy that they tell him to hate.

In one of the most potent scenes from Da 5 Bloods, Paul goes AWOL and performs a deeply profound piece of dialogue. Through this, we learn that Paul doesn’t fear death, but desires the simple right of choosing when and how he dies. This heart-wrenching passage of speech really does remind us of the persistent black struggle and a moment of metafiction is created as Paul stares into the camera, as if he is speaking directly to us. After years of misrepresentation in the media, we are forced to listen to precisely what the black veteran wants to say. 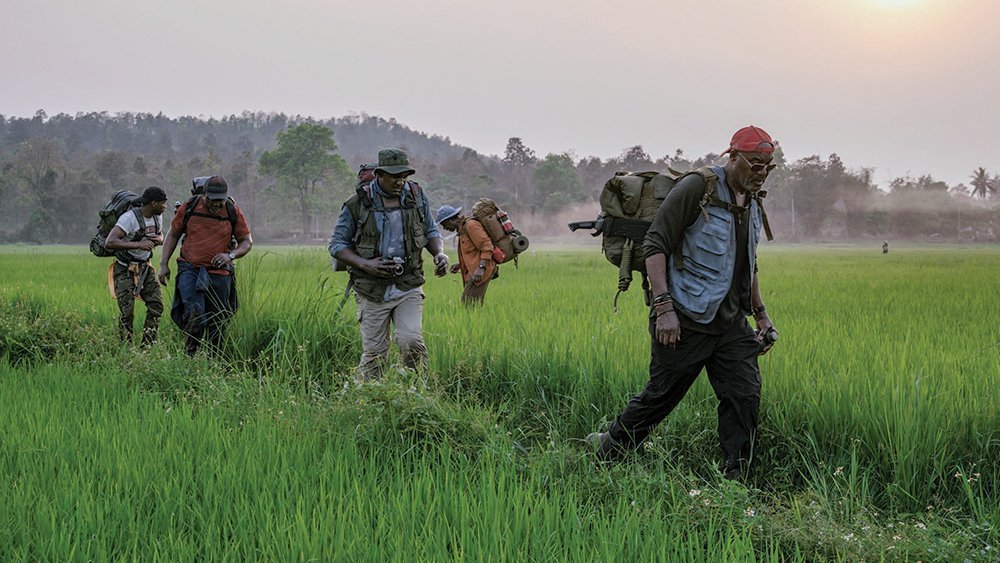 Aside from the story, style is definitely the films strong point. Lee creates a stunning fusion between the past and the present through a layering of archival footage, music and historical commentaries, that reminds us that a disturbing truth exists outside the realm of the fictional narrative. As a viewer, we are constantly forced to view these images in haunting visual bursts, much like the ghosts of memory that Paul speaks about throughout. This, coupled with Lee’s use of both digital and 16 mm cameras, creates a weaving of history that helps us relate to the characters’ anguish whilst also learning about what really happened.

Whilst on a basic narrative level, Da 5 Bloods is about reconciliation and the truth of what really happened to Norman, it is, more importantly, an unapologetic history lesson for the viewer. The audience is forced to accept the unspoken truth about the treatment of Black GI’s and reflect on the relevance that this still has today regarding American Imperialism and the treatment of Black lives.