An idol to students and Gen X-ers alike, Kevin Smith has been an inspiration to many. His films have appealed to guerilla filmmakers and writers, who’ve sought to make careers from Star Wars jokes and character studies since his debut film Clerk (1994). Having evolved from making stoner comedies, he’s tackled larger issues of religion with Dogma (1995), as well as horror films with Red State (2015) and Tusk (2014).

Smith was initially inspired by Richard Linklater’s film Slacker. Shot in Linklater’s hometown, rather than on a sound stage, Smith realized that it was possible to create films without the need for large budgets or studio support. He could tell stories set around his home in New Jersey, with dialogue inspired by people he knew. Attending film school in Vancouver, he met his later collaborator and producer, Scott Mosier, as well as his eventual director of photography on Clerks and several of his later films, Dave Klein. After dropping out of film school to save money for his first film, Smith and Mosier competed to finish a script before the other, the loser having to work on the other’s film. Smith ended up finishing his first, and Mosier ended up co-producing the film with Smith.

Shot on a shoestring budget of $27,575 (from maxed out credit cards, Smith selling his extensive comic collection and insurance payout money from a car lost in a flood), Clerks’ production happened during the middle of the night at the convenience store where Smith worked. Having only a few hours a night to film and a limited amount of film, the production lasted 21 consecutive days. The film was shot in black and white, which many viewers took to be an artistic choice. In fact, it was purely to save money. The monochrome style luckily lent itself well to the film’s style. With it’s crude humour and jokes about pop culture, Clerks became an instant cult hit with younger audiences, with critics applauding it’s realistic take on life in a small town. The film was shown at Sundance, where it was picked up by Miramax, and later screened at Cannes in 1994. Grossing over $3 million, Smith was also able to pay off the maxed out credit cards.

After this success, Kevin Smith found himself with larger budgets and the backing of a studio. His next film Mallrats (1995) was released with a budget of $6.1 million. Continuing on with similar themes and characters, it is the second film in Smith’s View Askewniverse, the universe in which several of his films are set. However, after the praise for Clerks being a fresh take on middle-class counterculture, Mallrats was not met with the same reception. Derided by many critics, it was compared unfavorably to his previous work. It also bombed at the box office, raking in only $2.1 million. It was, however, Smith’s first chance at larger filmmaking. Gone was the monochrome look, and larger name actors joined the cast alongside Smith and longtime collaborator Jason Mewes. It was also the breakthrough movie for Jason Lee.

Smith continued his career with Chasing Amy (1997), which garnered much higher praise from critics and winning two Independent Spirit Awards in 1998. It had a minuscule budget of $250,000 due to the flop of Mallrats but had a return of $12 million, Smith’s biggest success at that time.

His dialogue (which many consider to be the best part of his films) received acclaim, and the film became another cult success. Playing off of personal experiences, a strength of Smith’s writing, the film was more dramatic than his previous endeavors. Smith’s most acclaimed work has often come where his personal stories take the forefront, rather than just being a gun-for-hire director.

Kevin Smith’s next film, Dogma, courted criticism from the Catholic Church before it was even released, with protests in various countries delaying its opening. Despite this, it still made triple its budget back from ticket sales. Dogma was Smith’s first film to deal with religious themes, with another personal element due to his faith growing up. With a cast used to emphasise contrasts between characters (large name actors like Matt Damon and Ben Affleck, alongside Alan Rickman and Jason Mewes), Dogma is one of Smith’s more cinematic efforts. It can be argued that Smith’s directorial style is noticeable for the wrong reasons – he uses very basic camera shots with little use of mise-en-scene, relying mostly on his writing. He has often said that of his own work, and that if podcasting had been around when he was 21, he doubts he would have even made Clerks.

Much of Kevin Smith’s work revolves around comic books and pop culture. From characters being comic book writers and artists, to characters being in fictional comics, Smith’s passion for superheroes and their ilk fit right in with the popularity of the modern age of comic books. His films predate the explosion of superhero films in the 2000’s, and he has never directed any major studio superhero film. He has, however, directed several episodes of Supergirl and The Flash.

It’s important to recognize Smith’s influence on film culture in the 90’s. Many Gen Xers look up to Smith’s films, as they felt they were the only movies that understood them. They spoke of relationships in a way that Hollywood films didn’t, they joked about sex and drugs, as well as Batman and Star Wars. The characters weren’t heroes or exciting, but rather total losers. It spoke to young adults who were trying to figure out their place in life, and those looking to start theirs.

While Smith’s later films have diverged from this theme, and have met less than stellar critical reaction, it’s undeniable that his early work affected a generation that others could not. A DIY attitude than inspired other filmmakers to create their own stories, and undeniable proof that you can succeed in doing so. 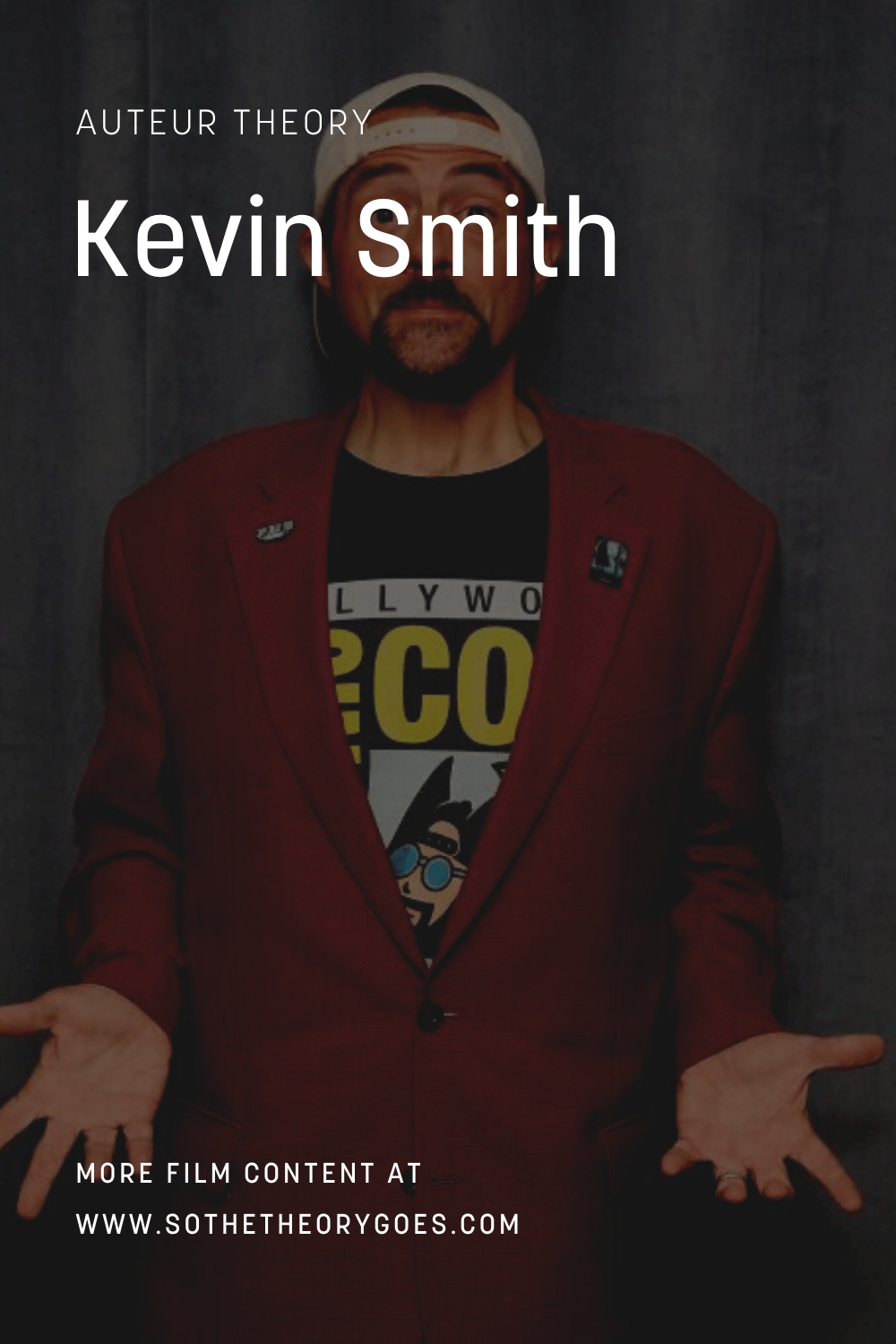 The postmodern auteur not only quotes, borrows and steals from other influences but they are able to present them in …