We sat down with cinematographer Larry Fong to talk all about action and thriller features, including Kong: Skull Island, Batman v Superman: Dawn of Justice, Super 8 and Watchman.

What inspiration from film past do you draw from specifically when you are working on new projects?

Although ideas and thoughts come to mind when first reading a script, I always want to know the director’s vision before going too far. At that point, we tend to discuss films or photography or painters that may inspire us.

What are some of the considerations you make when approaching the cinematography for action-adventures?

It’s important to know how elaborate the plan is. Is there enough time and money for the ambitions of the script? If not, I like to point this out and suggest easier options. By the time we shoot every department is usually on the same page.

Of all the film projects, what would you say was the hardest moment/shot to capture?

That’s hard to say. I’m fortunate to have worked on ambitious projects with very creative directors. The Knightmare scene in Batman v Superman stands out because it starts inside a truck, then the camera follows Batman as he jumps outside, where he begins an elaborately choreographed fight. The camera continues in a large circular motion, basically 360 degrees. And it was all shot in IMAX.

You have a long-standing collaborative relationship with director Zack Snyder, but you have also worked with many other directors including J.J. Abrams, Shane Black and Louis Leterrier. How do you go about adapting your cinematography to fit their auteur vision, while still maintaining your unique style?

Not everyone may agree, but I believe the cinematographer’s job is to carry out the vision of the director. That’s why the films I’ve shot sometimes look so different. That said, there’s no way my aesthetics won’t come through. But it’s not an ego thing. If a director wants a shot I don’t necessarily agree with, I have to defer.

Do you have any tips for cinematographers who are first embarking on a career in film, in particular working on films that involve heavy VFX?

I’m horrible at giving advice because I feel like I’m always learning, and every project is a new challenge. I can only tell my story which was attending film school, and shooting as much as I could, no matter how small and humble the project. We all have to pay our dues so expect frustration and be patient. As for VFX, I’ve been obsessed with special effects, makeup, and stop-motion since my teens so I love the process.

Any tips for achieving those amazing nightscape shots?

I’ve come to realise night scenes are the most open to interpretation for a cinematographer. They can run the gamut from very bright, to very dark. In the end, again, we must take our lead from the story and director. I’ve always loved seeing daring, shadowy work in films but it’s scary to do so. You don’t want to be fired! 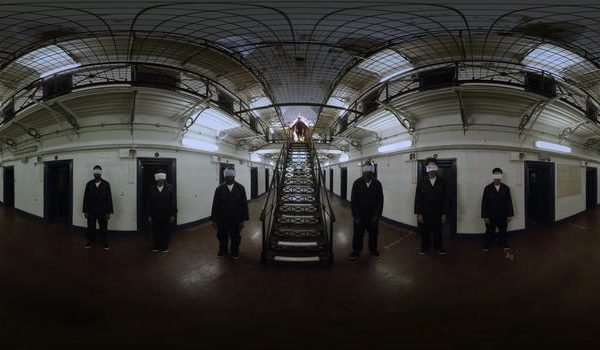