Director Naeem Mahmood discusses his latest feature film Brash Young Turks and offers some invaluable advice on location scouting, getting the best out of your fresh and seasoned talent and making a debut feature that goes the distance!

Tell us a bit about your film Brash Young Turks and what was the inspiration behind it?

Young people going against the grain and carving out their own identities in a world where you’re conditioned how to think and behave is the underlying theme of Brash Young Turks. I wanted to make a film about a group of ambitious young people who dare to break out the box and take charge of their lives by any means necessary.

How were you able to convert the original idea/source of inspiration into the workable, solid script for the film?

Through improvisation. Instead of coming to rehearse and shoot a film with a prewritten script, I worked closely and intensively with actors—from the main roles to bit parts—developing characters, scenarios, and dialogue over months of solo and group improvisations. From the raw material I distilled and moulded the best bits into a finalised screenplay with the help of writers Paul Danquah and Ash Mahmood.

How long did the project take to complete, from pre-production to mastering?

Over 4 years. Brash Young Turks was a very ambitious film with very little funding and resources. I wanted to create the world – transform London into this hyper-stylized reality to reflect the characters daring, ambitious and charismatic nature. This took time.

Every day was a battle filming such an ambitious movie. Managing hundreds of cast and crew many of whom had never experienced the kind of levels we were pushing for, filming in faraway beaches, grand locations and shooting in The Notting Hill Carnival – Europe’s largest street party. It was intense with everything on the line.

Sometimes you need to keep it simple, especially when shooting your first feature.

The film is centred around London. How were you able to choose such great variety of places within the city and what advice would you have for anyone trying to make the most out of their film locations/environment?

London has so much more to offer than the clichéd landmarks and East London cityscapes we’re so used to seeing in British films. The characters in Brash Young Turks are about self-discovery so I wanted a lot of the locations to be unique and fresh. In terms of finding these locations, it’s all about getting out of your comfort zone and searching new places.

We had to be ballsy to get the locations which included yachts, listed buildings, estate agents, grand abodes, bars and clubs. For instance, I wanted to shoot on Sushi Samba on the Heron Tower, Europe’s highest outdoor restaurant/bar. Rather than emailing them, my producer and I would constantly turn up at the restaurant – suited and booted – looking for the elusive manager. When he finally showed up we approached him and told him about the project and how it would be a worthwhile collaboration. After some negotiations with their head office in New York, we were given the green light. They liked the fact that the movie was being produced by young creatives and the aspirational element of the film.

Be bold with your locations, find places that add character to your story. And I can’t stress enough the importance of recceing your location with your DOP to plan the shoot before hand as very often locations don’t give you much time. 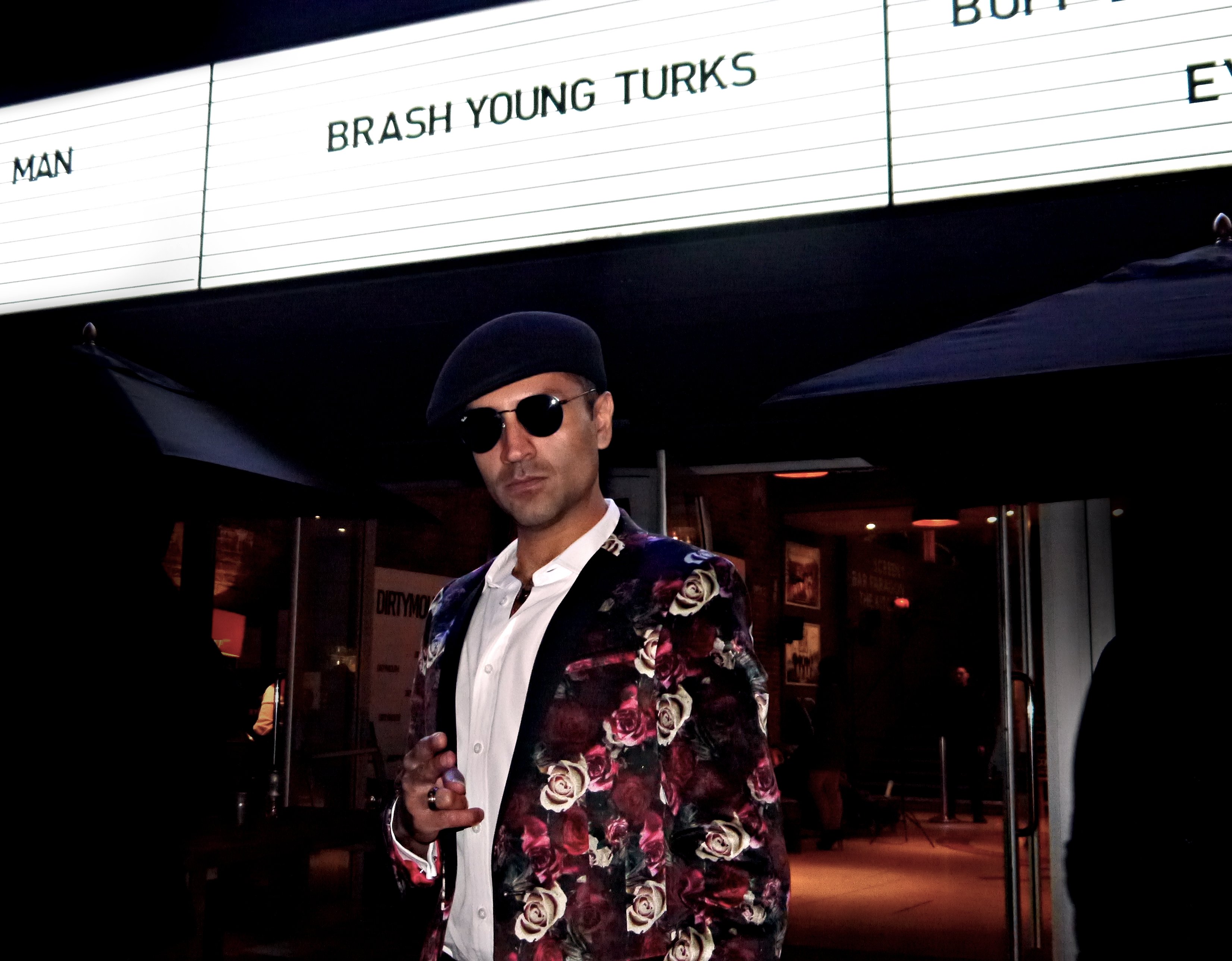 What advice do you have for anyone else looking to shoot their first feature film?

Prepare yourself mentally and physically for a long drawn out war. Build a strong and reliable team who are on the same wave length and appreciate the talents you surround yourself with. Stay focused. One of the problems I believe young filmmakers face today is that they live in a world of distractions that are pulling them away from their talents.

How was the casting process conducted?

We auditioned over five hundred actors from drama schools and casting agencies to local talent. I love to see fresh faces on the screen. So it was an eclectic mix of raw new talent and seasoned actors.

What was it like working with some of the high-profile talent including actor Julian Glover?

When you’re working with Julian Glover you’ve got to be on the ball. The guy has worked with some serious heavyweights including Steven Spielberg so you’ve got to be switched on and super sharp, clear with your directions. He’s tough but behind that exterior is a very nice guy. It’s a buzz when you’re working with people like Julian because you have to raise your game.

What advice would you have for anyone hoping to get high-profile actors involved in their projects?

It is difficult to get high profile actors to star in a low budget film but be persistent and aim high. If you can demonstrate that you’re hot and your project stands out then there’s a chance. And think long term, develop and cultivate relationships with talent agents and managers for future projects.

So tell us, what’s next?

We’ve secured distribution for Brash Young Turks in North America. We have more screenings coming up in the UK and we’re on the verge of tying up a television broadcast deal. I’ve also begun production on a hyper-stylized, raucous crime thriller entitled ‘Us’ which is gonna take things to a whole new level.