We all know Mickey Mouse. He isn’t just a cartoon but the face of one of the biggest entertainment brands of all time. He’s a pop culture icon in his own right but he almost wasn’t. In fact, it would surprise you to know that Mickey wasn’t the original star. That honor belongs to Oswald the Lucky Rabbit.

But before we get to his creation, the scene must be set. In 1921 Walt Disney’s first company Laugh O Gram films premieres its first reel. A three and half minute short which mixes live-action and humor. It went down well so he made more. The success was fleeting in 1922 it had to file for bankruptcy as the distributor refused to pay for their work. The final film they made, an eight-minute live-action/ animation hybrid named Alice in Wonderland would catapult his career. 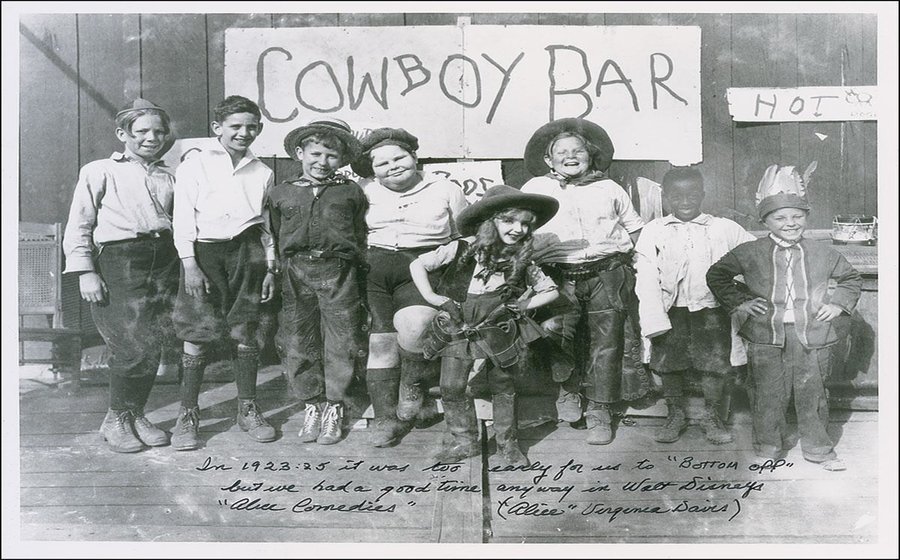 In 1923 Walt and his brother set up the Disney Brothers studio and signs a business deal for six Alice Comedies for $1,500 each. However, he signed over all rights. The Alice Comedies took off massively and made a star of young girl Virginia Davis. In the end, Virginia Davis as Alice made thirteen “Alice” films. Davis would be quoted later as saying that working on the “Alice” films was “a great time full of…adventure”.

In 1927 Disney grew bored of mixing live action with comedy and stopped the “Alice” series to make a new series of animated shorts. For this, he needed a new star. At the time cats were the typical character with both Felix and his own “Alice” creation Julius being the biggest stars. So he chose a rabbit and thus “Oswald” was born.

Oswald was quite a simple design a black rabbit with long ears Designed explicitly to have a personality and to be able to use physical humor (like being splatted or messing with his own limbs) to make his films interesting and funny.

In two years Oswald would become the star of 26 animated shorts. Including the recently found short “Sleigh Bells” found in the British Film Institute Archive. Andrew Millstein the President of Walt Disney Animation Studios released a statement saying “The Oswald shorts are an important part of our studios’ history and we have been working with film archives and private collectors all around the world to research the missing titles,”

In 1928 Walt Disney would find out Universal held the rights to Oswald and from that Mickey Mouse was born. He teamed up with his frequent collaborator Ub Iwerks to design him. Mickey’s first outing would be in the unreleased silent film “Plane Crazy” then in the also unreleased “That Gallopin’ Gaucho” and finally on his third attempt Mickey broke through with the now-iconic “Steamboat Willie”.

But whilst Mickey was out stealing the spotlight Oswald was still making movies. Sometimes voice by beloved child star Mickey Rooney, Oswald continued a steady but not huge following. He continued on in cartoons until 1951. His final solo film was “The Egg cracker suite but he would bow out of cartoons all together with “The Woody Woodpecker Polka”.

It would take the Walt Disney Company 78 years to recover the rights to Oswald. In 2006 Bob Iger (Ceo of Disney) would make an unusual trade with NBC. However, as noted above the Disney Company loves its history, and because many of these properties were created so long ago things are missing. Films disappear and reappear and owning them again is good for business but also gives old properties to play with. Oswald the Lucky Rabbit may not have been as popular as Mickey but he is just as big a part in film history as the mouse himself. 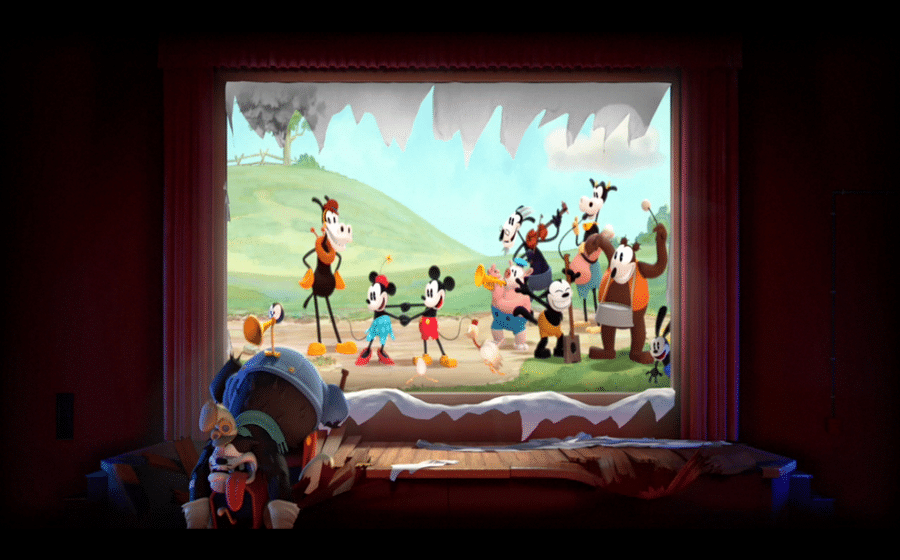 In 2010 Junction Point Studios would release “Epic Mickey (and its follow-up Epic Mickey 2 in 2012). The game would star both Mickey and Oswald on an adventure around the “wasteland” after Mickey appears by accident. However, the unlikely pair would share a film in 2013’s Oscar-nominated “Get a Horse” (directed by Lauren MacMullan) with Oswald making a cameo but Mickey taking the lead. It would be the first time in 85 years that Oswald would be in a Disney animated production.

Mickey’s legacy may be as a full-out pop culture icon but Oswald will always have a place in History as his precursor. Disney lost him once, they won’t lose him again.