Alfred Hitchcock is known as the Master of Suspense and this 1954 film is proof of his cinematic credentials.

Rear Window is set in magazine photographer Jimmy Stewart’s apartment. Off work, with a broken leg, he spends his days looking through his apartment window with his camera’s zoom lens. He views the activities of his neighbours opposite and all seems normal until he hears screams and the sound of breaking glass. It appears that one of his neighbours has murdered somebody and the increasingly fraught Stewart enlists the aid of his girlfriend, played by Grace Kelly, to help him investigate further.

Hitchcock does wonders in building suspense from a very limited set. All the action is set within the apartment with the viewer taking a first-person role in viewing the activities of Stewart’s neighbours through the zoom lens. We sympathise with Stewart because we see what he sees and those new to the film will be uncertain whether a murder did take place or the real possibility that Stewart’s bored mind is playing tricks on him.

This is a riveting film and it benefits from its limited, claustrophobic setting. We spend time with Stewart in the apartment and only see what he sees of the world outside his window. At the time the setting was the largest indoor set ever built at Paramount Studios, consisting of the apartment, courtyard and the window and balconies opposite.

It is no wonder that Hitchcock and his films have inspired other director’s work such as Brian De Palma’s Dressed to Kill, Richard Franklin’s Roadgames and Rodrigo Cortes’ Buried which showcases another limited setting, the inside of a coffin.

Kudos to anybody who spots Hitchcock’s obligatory cameo. Clue: you need only look through the rear window!

Post Views: 3
Liked it? Take a second to support So The Theory Goes on Patreon!

Dedicated Film Buff. Actor. Novelist. Watches as many films as he can until his mind dissolves into mush and his eyes turn square.

More from Ones To Watch

50 Must-See Movies (and Where to Find Them)

Now you can stop watching Contagion on repeat.

Beasts of No Nation

Beasts of No Nation tells the tale of Agu, a child forced to flee his home after his family is brutally killed … 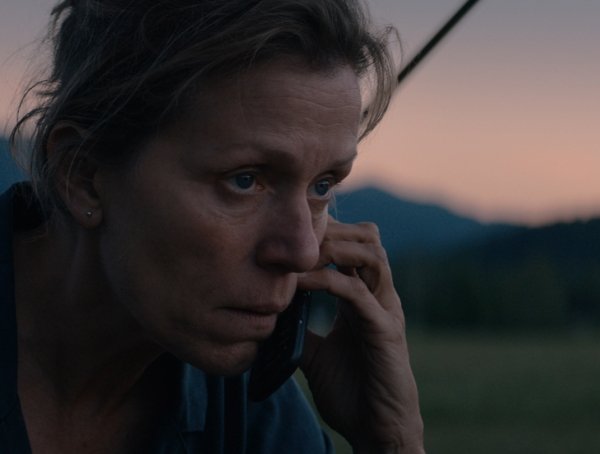 THREE BILLBOARDS OUTSIDE EBBING, MISSOURI: The Magic of a Knockout Script

A highly emotional human drama which contains some incredible characterization, dialogue and zinging one-liners which bounce off the page and …

The Art behind the Blockbuster - So The Theory Goes Reply