REDOUTABLE: Up close and personal with Jean-Luc Godard

The legendary French film director, Jean-Luc Godard (Louis Garrel), falls in love with his actress Anne Wiazemsky (Stacy Martin) and marries her. However, the more Godard gets sucked into a political revolution, the further away he goes from his young wife.

Inspired by Anne Wiazemsky’s biographic novel Un An Après, and directed by Michael Hazanavicius, Redoubtable is a comic-drama biopic about Godard as well as being a homage to his films. Set against the backdrop of the events of May ’68, it explores a turning point in Godard’s life, as he denounced his own work and turned away from his own masterpieces and instead delved into politics. The film opens up with nodes to Breathless, linking the events of Godard’s and Wiazemsky’s love story to its lighthearted aura; and the more it progresses, the more it begins to nod back to and resemble Contempt.

Hazanavicius says that in his portrayal of Godard, he put the real persona aside, and instead went for a crossover of Godard, his description in Wiazemsky’s book, and his artistic vision of him. Godard comes across as disconnected from the society of revolutionaries that he was so badly drawn to. He seems awkward, eccentric, egotistical, snarky, inflammatory, and yet uncomfortable in his own shoes. He is loud and yet insecure, jealous of Anne at every turn—a completely insufferable character. Garrel’s portrayal of Godard under Hazanavicius is charming and scandalous but does not attempt at a deeper glimpse into his character. There is no reveal and no true character downfall—the favorite trope of many biopics. 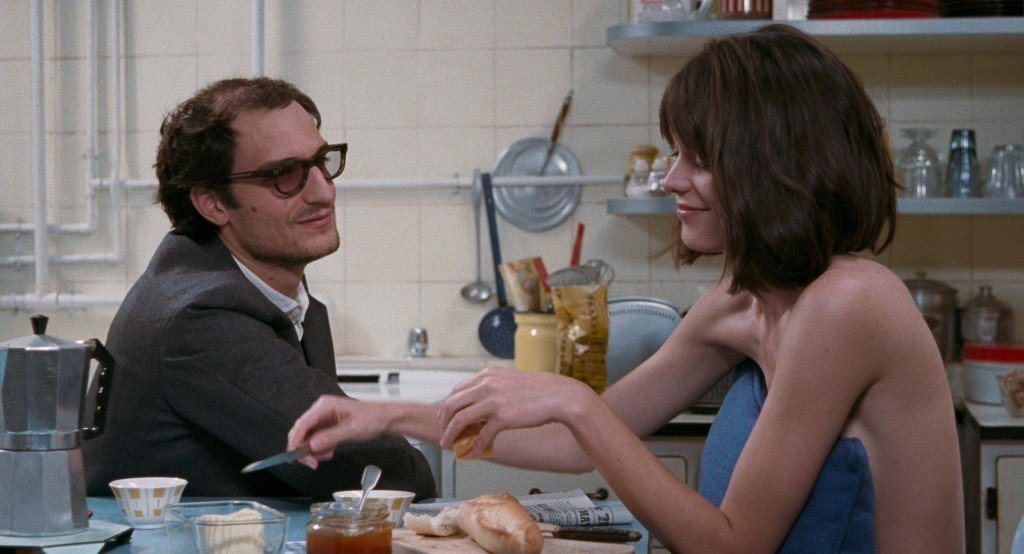 With a number of nods that Hazanavicius gives back to Godard’s work, one can’t help but compare Redoubtable to Godard’s films and the Belmondoesque spirit inherited from them. The cinematography of Redoubtable tries to capture the magic and dynamism of Godard’s films, and yet perhaps ends up being the biggest differentiator between Godard and Hazanavicius. Godard’s revolutionary camera of the New Wave era meant freedom. It remained free-flowing and dynamic, probing and exploring its surroundings, playing with elliptical cuts and angles. Whereas Hazanavicius’s camera often remains static, instead of stressing the motion of its subjects through a series of close-ups.

The cinematography of Redoubtable seems to be drawing more from stylistic elements of advertising from art-house cinema. The incredibly colorful and polished sets and characters feel almost too synthetic. At the same time, the film seems to be quite aware of its own synthetic nature. It makes a self-reflexive acknowledgment at a certain point when Godard tells Anne to stop aggrandizing him. “I’m not Godard,” he says. “I’m an actor who plays Godard. I’m not even a good actor.” For a moment then, the audience witnesses a witty breakdown of the fourth wall, getting a peek at Louis Garrel making fun of his own performance as Godard.

Perhaps the most contemplative question posed by Redoubtable is about the role and place of the auteur in cinematic culture. Godard is portrayed at a point in his career where he begins to move away from dynamic films and starts moving towards dense political films like La Chinoise. “Cinema is dead”, he keeps repeating. “I won’t make films. I’ll start a revolution, like everybody else.” He abandons his revolution to join everybody else’s, and yet everybody he meets at riots asks him if he will make funny movies again. His glasses break again and again throughout the film, symbolizing his loss of vision and direction. This sense of the auteur’s inability to join the collective gets reflected at every step, addressing one of the industry’s biggest dilemmas: are films the artistic expression of the auteur or co-owned work of the collective? 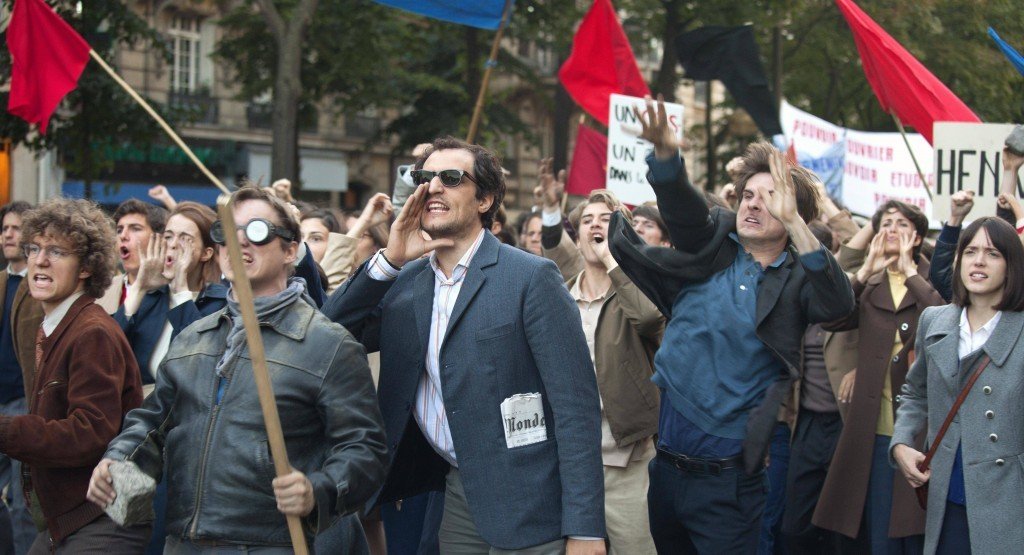 Those expecting a prestigious biopic will not find much satisfaction in Redoubtable and can go to more inventive character studies such as I’m Not There. Redoubtable is more of a mildly entertaining glance at Godard’s character and his dynamic, youthful classics. Though one will not find a giant thesis on Godard to deconstruct, one will certainly be tempted to go back to Godard’s earlier works. Bande à Part, anyone?