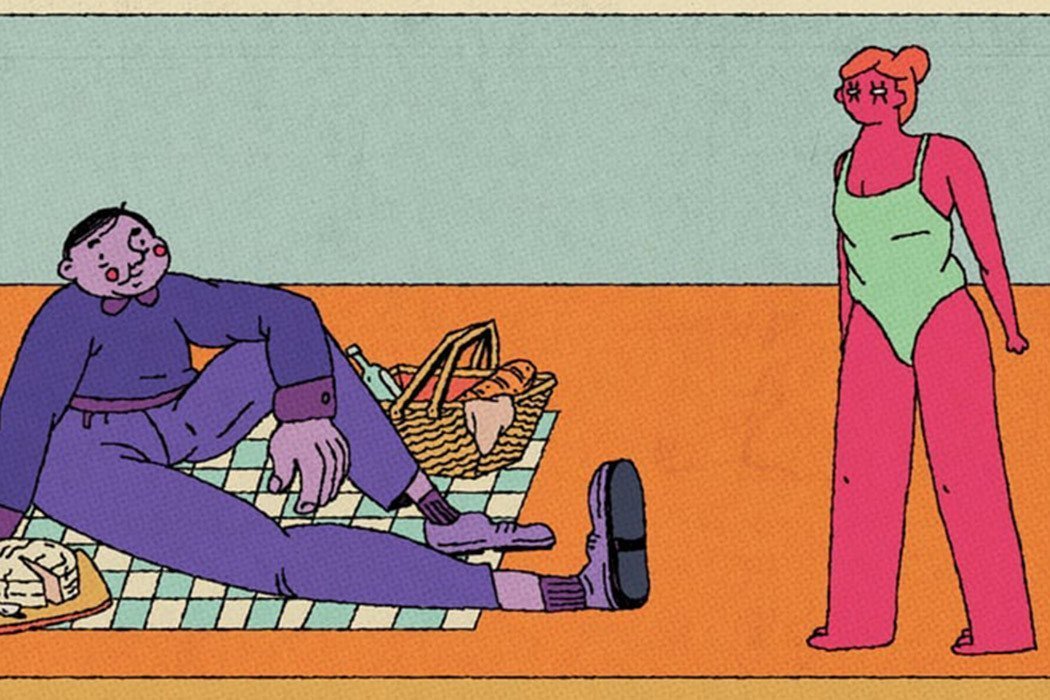 Part comic strip, part animation, and part satirical social analysis, Marcie LaCerte’s Summer of Love is a comical and eccentric approach to the trials and tribulation of dating in the modern world. A lonely sea woman wanders through summer looking for love, but instead only finds what she considers to be selfishness, vanity, rejection, and a nap.

Though the dialogue is written on-screen instead of spoken by any of the characters, the sound still plays a huge role in setting the tone and context of the short. A dreamlike synth song floats in the background, almost mimicking the background music played at a bar. At the same time, when the text comes on screen it sounds as if someone is typing it alongside the short, perhaps alluding to the even more superficial side of modern romance: online dating.

Driven by dry humour with an almost childlike innocence, Summer of Love is presented in the same manner as a fairy tale or folk story. It is almost as if Roald Dahl had written a satirical love story for adults. How can the lonely sea woman with spaghetti and meatball-esque hair ever find love in a world of egg yoke-headed bald families? These bizarre (and often food themed) examples may seem a bit outlandish on the surface level, but they really represent the snap judgments that people make about one another based off of trivial things. When you think about it, what holds more importance, that the rotund man offered only crumbs of cheese or the fact that he offered to share at all?

All cheesy humour aside, Summer of Love provides a fun and light look on just how bleak the world of dating can appear to be.

It Should Be Easy

This is a Generic Millennial Ad