Terry Gilliam is a director who has continually abandoned cinematic norms in both visuals and narrative. His films are a constant questioning force that is often open to interpretation and has Gilliam’s artistic tastes splayed across them. He has often been viewed negatively by production studios for going widely over-budget to get his vision on screen.

Terry Gilliam was born in Minnesota on the 22nd of November 1940. However, in the ’60s, Gilliam moved to England and got a job as an animator on the TV show ‘Do Not Adjust Your Set’ which included Gilliam’s visual animation style that would carry across to his years working on Monty Python and beyond.

Gilliam’s freedom to express his ideas during this time was second-to-none, and the friendships he made with his co-workers would help him in life to pursue directing.

Terry Gilliam’s films mainly fall into the Fantasy, Drama, and Comedy genres. The fantasy elements are usually the most striking, and although comedy is involved, despite his years working on Monty Python, it is often dark humor or visual comedy.

Like other directors considered auteurs, Gilliam often writes or co-writes the films he works on, and therefore, many of the themes are recurrent due to personal experiences or tastes.

His films have touched upon the imagination, dystopian futures, mundanity in life, human behavior and even growing up. The latter was covered in a loose trilogy Gilliam referred to as The Trilogy of Imagination. This consisted of the films Time Bandits, Brazil, and The Adventures of Baron Munchausen. Each of these films covers a different age in life from childhood to old age and uses a combination of fantasy and drama to link to the idea of the imagination. The films’ protagonists go on a journey that crosses between dream-like fantasy and the real world. However, these lines are often blurred and the audience is left unsure of what to believe. This theme of imagination is evident in many Gilliam films and acts as escapism from mundane life.

Brazil was one of his initial forays into a dystopian future and one that would be explored again in 12 Monkeys and more recently The Zero Theorem. In addition to this, there is usually a theme that indicates a lack of trust from governing bodies and structures in society. Gilliam’s films protagonists tend to work for officials and there is often a strong sense of routine that, upon breaking, will result in punishment. This can most strongly be seen in Brazil. Alongside this, we have a society that is unable to interact with one another, whether because of work or because of fear, and Gilliam’s films often focus on the idea of individuality, or the lack thereof.

Gilliam is known for breaking conventions in Hollywood cinema and his films have often gone through huge cuts for the sake of studios. His visuals and his narrative style have defined Gilliam’s films as ‘cult’ as opposed to the mainstream and it’s easy to see why.

Since he began directing, Terry Gilliam has always used grand set-pieces within his films that often have a cartoonish look about them, which no doubt stems from his previous animation work.

His visual style is in keeping with his themes of imagination and nothing is too absurd or twisted to show on the screen. This being something that is often a point of contention with studio producers. For example, Brazil contains doctors that wear ‘baby masks’ and The Adventures of Baron Munchausen includes an insane disembodied head. His visual effects are often surreal and are generally made up of practical effects, rather than an over-reliance on CGI, which helps with the dream-like quality of the scenes.

Gilliam uses the full range of camera angles within his films and is fully aware of how they will affect the audience’s reading of a scene. He often uses Dutch angles, close-ups, and a wide-angle lens. The latter being a tool that Gilliam has noted, allows him greater control over the focus of a shot, and to show audiences more of the world he is trying to create. This use of shots can best be seen in films such as Fear and Loathing in Las Vegas which combines shot types to create the surreal drug-induced state of the protagonist played by Johnny Depp.

As with other auteurs, Gilliam has never been afraid to ignore convention, certainly in regard to narrative, and his films don’t often follow typical narrative structures. In fact, many of his films are left open-ended, and can sometimes be confusing to follow. However, Gilliam has stated in interviews about his love of the films of Stanley Kubrick and more importantly, the fact that Kubrick was not afraid to keep the audience guessing or leave the ending open to interpretation, and therefore emulates this within his own films.

Gilliam’s films throughout the years have often included recurring actors such as Jonathan Pryce, Johnny Depp, Robin Williams, Lily Cole, and many others. However, generally, Gilliam has only worked with an actor on 2-3 films and has used a combination of A-listers alongside newer actors. As with other directors, Gilliam has noted that it is often better to work with actors who understand the story you are attempting to create and therefore has built up a substantial list of actors that he likes working with.

It’s difficult to fully explain Gilliam’s work and give it justice. He is a director that has refused to follow the rules of the Hollywood system and yet relies on those same studios for financing. However, he is also a director that strives to share his vision and has been shunned by many because of it. Gilliam is undoubtedly an auteur and his films, though different in story, have continually similar themes and a visual style that can only be that from the mind of Terry Gilliam. 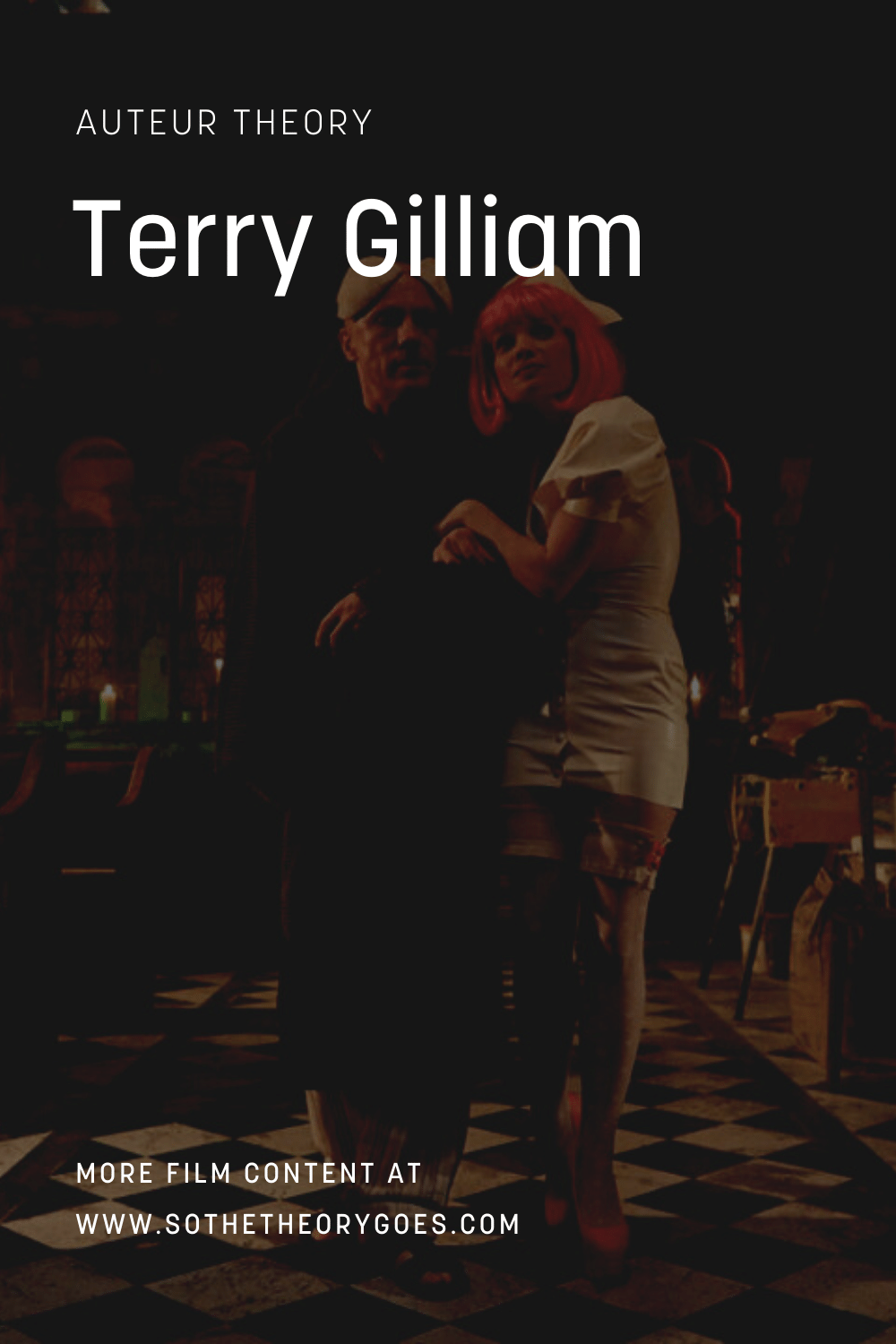 With a Lovecraftian influence drawing an innocence and sympathy from the grotesque, Guillermo Del Toro’s dark storytelling roots blossom into …

In an age of blockbusters, auteurs are becoming few and far between. Many unique directors will have a penchant for …