Rewatching John Hughes’ 1985 classic The Breakfast Club is an odd experience. One part of my brain appreciates the films lasting legacy as a summation of teen angst amidst 1980’s iconography. The other part struggles with a tonal imbalance that frequently fluctuates between domestic drama and silliness.

Whether or not this imbalance is a symptom of The Breakfast Club’s legacy in contrast to the ways in which it has dated, it can’t be denied that the film is untouchable as a landmark that cemented Hughes’ stature as a master influence on teen dramedy.

The Breakfast Club takes place at a suburban Chicago high-school over a Saturday detention attended by our five core characters that more or less represent the different school cliques: the jock, the prom queen, the nerd, the freak and the delinquent.

Despite the instruction to spend the whole 8 hours in silent reflection on their punishment and write a personal essay on “who they think they are”, they end up exploring their differences and recognising the common ground they share in the unrelenting pressure from others that inform their personalities. The respect to individuality is key, as the film attempts to shatter and redefine high-school stereotypes by having each character undergo, or at least humour, a change in world view after deconstructing the labels applied to them.

At various points throughout the day they will share their personal views on intimacy, stick up for one another, smoke dope, flirt and allow themselves to be emotionally vulnerable.

Though the moments of drama in The Breakfast Club can be relatable and affecting as they happen, they are liberally contradicted or undermined by a sharp tonal shift that seemingly comes out of nowhere. We go from physical altercations, to bizarre dance segments, to frank discussions on sex and adolescence and then back to aggressive indictments of one another. 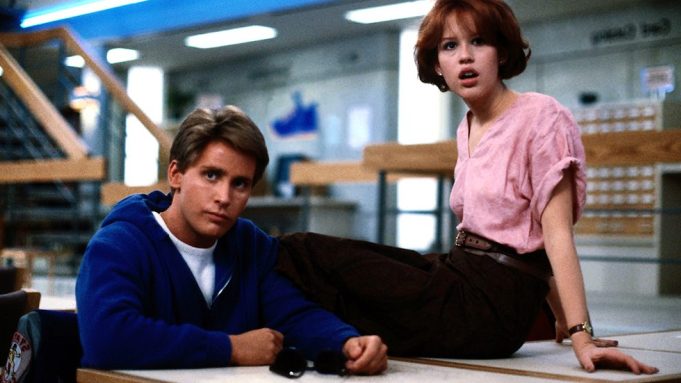 It’s perhaps an issue of hindsight – especially when evaluating this in an age where all our traits, beliefs and anxieties are pasted across online profiles, it’s sobering to have our characters actually discuss these things in person, warts and all.

The traits we share online are still filtered through the lens of how we want to be perceived – a lens that paints us in the best light and allows us to self-edit our flaws and block or ignore anyone who challenges us. The film reminds us that face-to-face condemnations of one’s character at such a vulnerable age can be jarring, uncomfortable and brutal, yet potentially revelatory for better or worse.

The Breakfast Club acts as an unwelcome reminder of the temperamental connections made throughout adolescence that can largely be dictated or undermined by social ranking. Any revelations or changes the characters seem to go through may well be forgotten when class resumes on Monday, but does that make this one Saturday any less meaningful?