THE MOON OVER THE ALLEY: A Working Class Fantasy

Notting Hill. 1970’s. The film opens as two misshapen silhouettes toddle through a moonlit alleyway. One, a man playing a handheld music box draped around his neck, the other, a cherry-nosed woman of older age. Our story will start and finish with this pair, in this alley, an urbanized ode to a community of boarding house lodgers and the anticipated demolition of their home. The narrative fringes between the sneer of kitchen sink realism and a romantic poeticism, something that makes it incomparable to any other film of its kind. Technically a musical, the ballads flow from the mouths of the lodgers, yet root themselves in every day. Mixing the binaries between diegetic and non-diegetic sound, songs are channeled through home radios, street performers, and guitars, creating an epic style poem layered with the tapestries of London’s multicultural inhabitants. Certainly, this is what a working-class musical looks like. Something so ambiguously rooted in the reality that as a watcher, we are not sure whether these moments are just a fantastical approach to what existence can be, amidst the mundane. 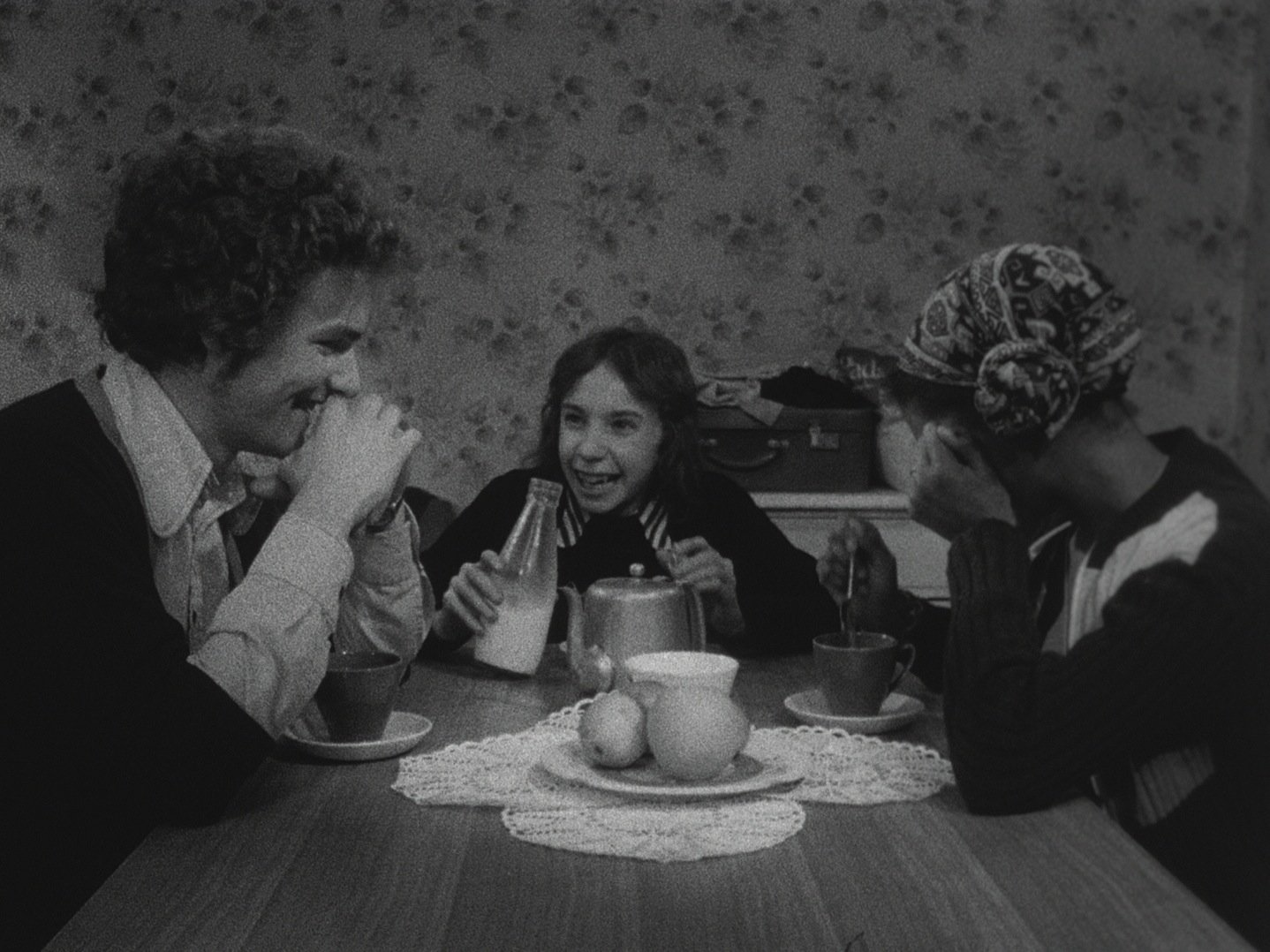 Our dwellers come from an array of backgrounds: a violent and tormented drunkard, a young Jamaican couple webbed in the thick of racist Britain, and plenty of angsty flared youths. Each story, so grounded in its sordid musings of the everyday man and woman’s woes, are inexplicably connected, though avoid falling into a palpable trap. Amongst the grit and the laughs, a number of rather weighty narratives are explored. This includes the wrongful arrest of a young Jamaican father, Jim, (Leroy Hyde) leaving single mother Belinda (Sharon Forester) behind, a storyline that is unfortunately still relevant today. As well as this, we are exposed to the domestic calamity of a penniless couple, Jack (Sean Caffrey) and June (Vari Sylvester), ending with a violent altercation where June is backhanded onto the bed. Not uncommon for a film of this era, however, what was surprising was the reaction of Mrs Gusset (Erna May), owner of the lodge, who upon witnessing the domestic dispute, gives Jack a fantastic pummel in the mush. This is but one delightful element of the film that makes it seem slightly ahead of its time, enforced more so by the female performances throughout.

Another principal protagonist of this story is the moon. Watching over every dweller on the street, its constancy represents all that the characters share and do not share. A symbol of the different phases of life, as well as the routine of night and day, the night being where most of the stories take place. The camera works in this way too. Peeking through fences and craning over street markets, the audience is either forced to be an intimate part of the unfolding narrative or simply glance over like a pedestrian passing by. 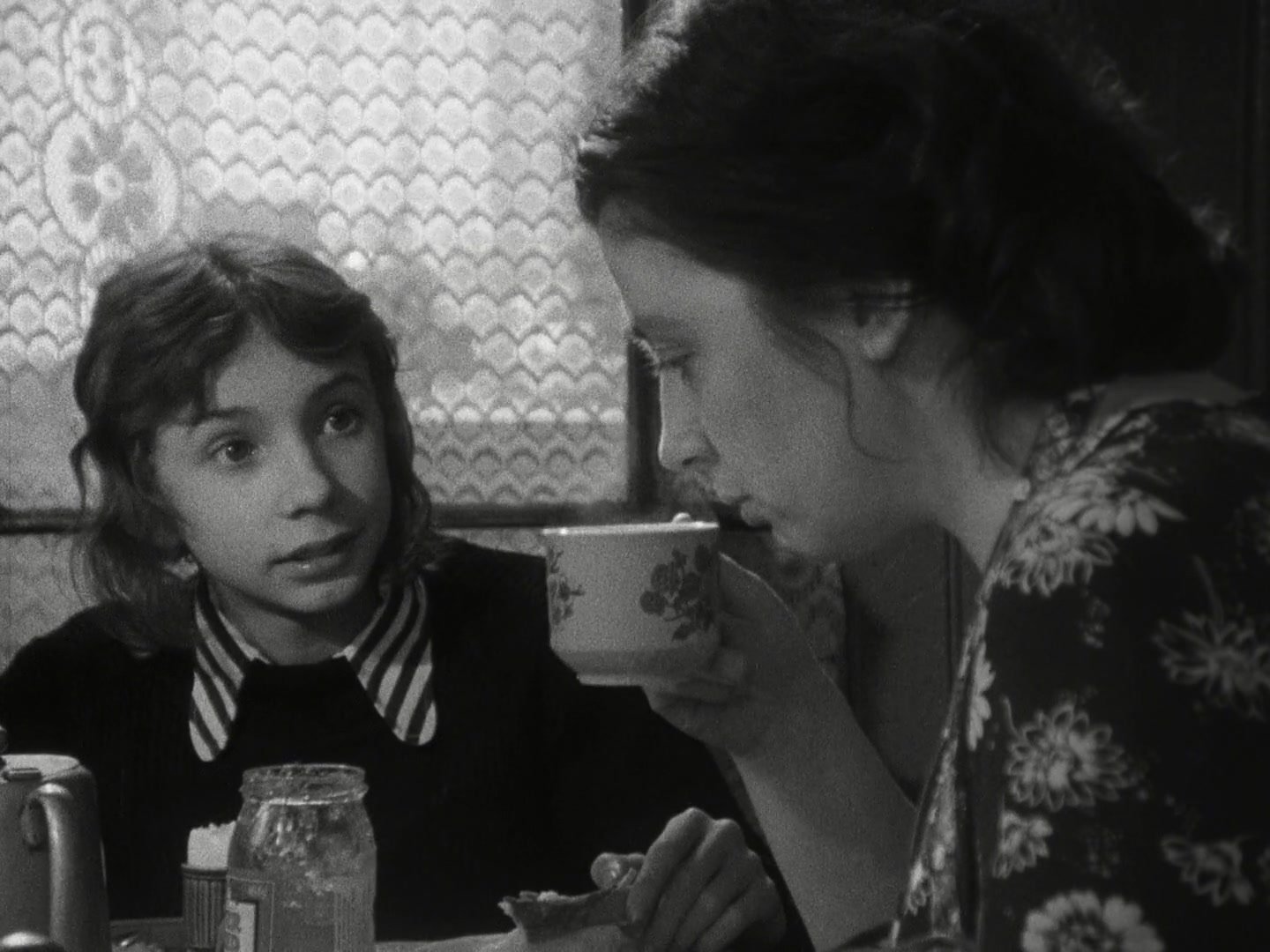 Most memorable of the film, however, is the rag clad homeless roamers we met at the start, Sybil (Doris Fishwick) and Akki (Peter Farrell). So eloquent and dream-like in their manner and charm, they seem to be the bridge that holds this chorus of stories together. The pair are almost displaced from this world, wiser and all-seeing, like earthly angels that understand more through having less. There is something slightly Shakespearean about the way this film explores the tales and tribulations of the damned, hopeful and disregarded wanderers of society, glued ever so diligently together by this couple. They are comparable to the Jacobean fool, common jesters who narrate the comedy and tragedy which surrounds them.

The Moon over the Alley is an epic narrative set in urban contemporary, allowing us to glare into the complexity of one simple London street. It provides a voice for the voiceless, making the music of the every day appear a little more extraordinary. I will finish citing a memorable piece of the film’s dialogue, a poignant exchange that epitomizes the beauty of this film entirely:

“What does this song mean, Sybil?”

“What does anything mean, love.

Liked the review? Pin it for later! 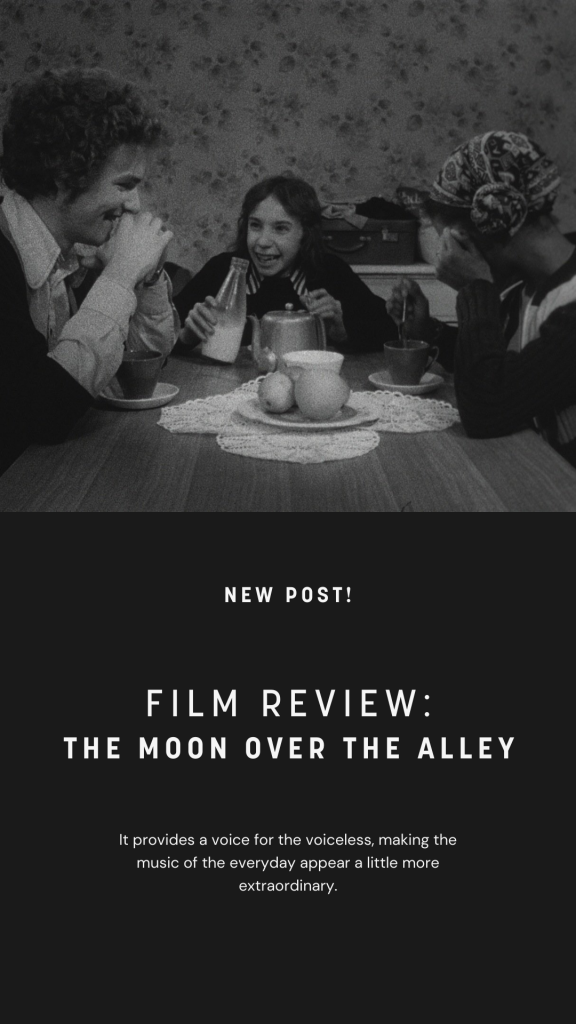