Film genres typically promise familiarity, comfort, a guarantee to meet the audience’s expectations. A comedy implies jokes and romance hints at a loving relationship. Yet, some of the greatest films are those that are able to acknowledge conventional forms that adhere to these classifications, then deconstruct and rebuild them under a new guise.

Not many filmmakers are capable of reinventing an entire genre, a structure that by its very definition depends on following a style or form. However, Stanley Kubrick has remained one of the greatest filmmakers of all time for his ability to do just this. Throughout his filmography, Kubrick reinvented countless genres. 2001: A Space Odyssey is one of the most notable examples of this, as an epic sci-fi.

The genre is defined by the portrayal of science-based phenomena that are not conventionally recognised within mainstream science, such as time travel, cyborgs, or aliens. Films of this genre were mainly restricted to B-movies until 2001 made science-fiction blockbuster material. This film follows millions of years of evolution, culminating in a voyage to Jupiter with artificial intelligence HAL 9000 – a sentient computer – after the discovery of extra-terrestrial life.

2001: A Space Odyssey is pioneering in many senses of the word. For one, Kubrick began filming 2001 without a definitive script or established plot-line. Instead, the production team relied on extensive research, which ultimately produced a shockingly accurate depiction of the future of space technology. This was no small feat considering the rapidly advancing space race, which would render 2001 outdated or anachronistic if its predictions were misplaced.

The film was so radical in challenging all pre-established structures and techniques that the immediate reactions and reviews were highly negative. Even so, 2001: A Space Odyssey became the highest-grossing film of the year, despite the feedback from leading film critics, and only decades later was it recognised for being one of the greatest films of all time. The slow pace, for one, was once a subject of great criticism.

However, what Kubrick managed to achieve was to transform the audience’s experience in the way that a cinematic narrative was portrayed. Kubrick opted to place less emphasis on the dialogue while aggrandising the importance of the musical score. This alone defied previous cinema, with many rightfully describing it as “an art film made with a Hollywood blockbuster budget”.

2001 is more than an epic sci-fi, which proves how Kubrick was able to reinvent the genre that audiences expected to see projected on the silver screen. It is philosophical, intellectually-charged, and visually stunning. 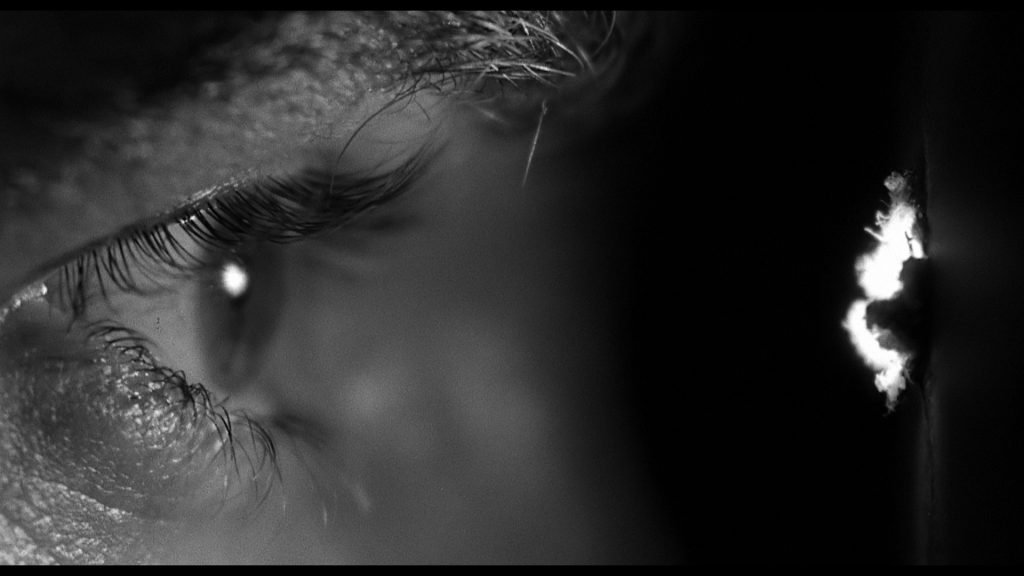 While few directors maintain such a reputation, Alfred Hitchcock is one of those who match the likes of Kubrick. Psycho was just as innovative in its ability to play with genre tropes and audience expectations. In the opening scenes, Marion Crane (Janet Leigh) steals $40,000 and goes on the run. There is immediate anticipation of a crime thriller but within the first act, the protagonist is murdered. This drastic, unexpected plot point is what made Psycho one of the earliest examples of the slasher sub-genre that experienced a boom in popularity at the end of the 1970s and early 1980s – a period referred to as the ‘Golden Age’ of slasher films.

Early influences of the genre have traditionally been attributed to psychological horrors, namely Psycho and Peeping Tom along with Italian giallo films that pertained to thriller-horror and contained elements of slasher, psychological thriller, and sexploitation.The taboo that surrounded Psycho was rooted in the depiction of violence and sexuality. With a turn away from the Production Code, which had imposed moral guidelines in American cinema, Hitchcock battled censorship and ultimately came to represent a shift in the industry standards.

Interestingly enough, Leigh’s daughter Jamie Lee Curtis went on to star in one of the biggest slashers of this era – Halloween. Hitchcock has created a piece that influenced a subsequent generation of filmmakers in the horror genre. In this film, the terror spawned out of the fundamental normalcy of the villain, Norman Bates (Anthony Perkins). Controversially, it placed violence and sexuality at the centre of its narrative, which subsequently opened up space for a new liberation in cinema, particularly in horror.

Steven Spielberg was one of the pioneers of New Hollywood, a Renaissance in cinema that placed the director in an authorial position. While Jurassic Park was by no means one of his earliest successes – Close Encounters of the Third Kind, Raiders of the Lost Ark, and The Color Purple had all acquired critical acclaim, among many more – this sci-fi action-adventure film marked a ground-breaking change in cinema.

During production, Spielberg considered creating the dinosaurs in a similar fashion to the mechanical King Kong. Even though he eventually decided to create animatronic dinosaurs and implement some digital compositing, Spielberg was dissatisfied with the final result. Instead, the dinosaurs were developed with computer-generated imagery combined with animatronic visual effects, which was thought impossible at the time.

By accomplishing the impossible, Jurassic Park established a precedent for subsequent films to utilise computer-generated visual effects unlike never before. Film historian Tom Shone asserts, “Jurassic Park heralded a revolution in movies as profound as the coming of sound in 1927.”

Horror Genre and Get Out 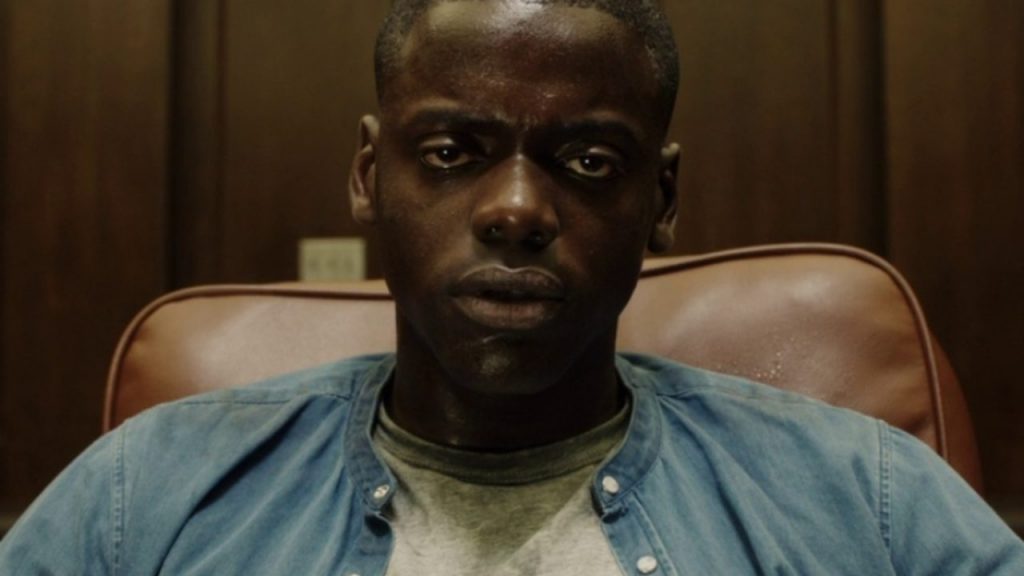 While the 1990s experienced a resurgence of slasher films, horror eventually started to become stagnant. The generation who had grown up on slashers and gore were adults now, resulting in new audiences and expectations. Sci-fi experienced massive growth while horror started to become increasingly parodic.

The subsequent decade attempted to return to traditional horror with films such as Valentine and films that combined popular genres like Signs. While the 2000s and 2010s saw a great variation in horror subgenres, the iconic horrors of previous decades were yet to meet their match in contemporary works.

Get Out and Us revived a genre that had lost its magic. Jordan Peele undoubtedly characterises a trailblazing shift in the filmmaking industry, leading the regeneration of horror movies of this past decade. His directorial debut, Get Out, is a prime example of Peele’s ability to reinvent horror through social commentary.

Influenced by Rosemary’s Baby and The Stepford Wives, Peele took the tropes from classic horror movies and gave audiences something that had never been visually or verbally expressed in such a genre. His version of horror upholds the surreal demented scenarios, from abduction, mind control, and strange cult-like communities.

However, Peele utilises these tropes to elevate them to an even more disturbing point, by highlighting a very real social problem. He scrutinises the racial discrimination and white supremacist attitude that permeates society by portraying scenes that emphasise the absurdity of this behaviour, focusing on a community who lives in the white suburbs and commit racial violence and exploitation by using black people, and their bodies, for their consumption.

Peele’s subject matter is what enables him to transcend the conventions of the horror genre. The moments of light-hearted humanity ground his films in reality, only further perpetuating the core message of his work. Now, the director is well-known for his allegorical horror-films.

These filmmakers prove that reinventing a genre can come in many forms, whether by elevating existing tropes or challenging the narrative format. When executed successfully, these films act as examples of how unique the final result can be, resulting in inimitable moments of cinematic history.