As 2022 draws to a close, filmgoers and readers alike can reflect on a year filled with fantastic adaptations of their favourite novels. 2023 is rapidly approaching, and it looks like more streaming content will combine our love of reading and viewing.

With new information released about The Seven Husbands of Evelyn Hugo and Daisy Jones & The Six adaptions, we wanted to highlight five more film + TV adaptations that fans look forward to in the new year. Get ready to grab your popcorn and watch your favourite characters in action in 2023.

Film adaptation from a novel by Casey McQuinston

The Berlanti Productions-created LGBT romance Red, White & Royal Blue will soon be available on the big screen, thanks to Amazon Studios. Uma Thurman co-stars alongside Taylor Zakhar Perez and Nicholas Galitzine as the male leads. To escape a media disaster following an incident at a royal wedding, the son of the first female president, Alex Claremont-Diaz, must appear to be friends with Britain’s Prince Henry. When Henry comes out as homosexual and Alex comes to terms with his bisexuality, the two become friends and eventually fall in love.

TV adaptation from a series by Karin Slaughter

Since Netflix’s Pieces of Her adaption was well received, Karin Slaughter readers will have a new project to anticipate in 2023. Will Trent, the GBI agent everyone on the Slaughter Squad loves, is coming to visit you. The ABC drama series Will Trent, starring Ramon Rodriguez as Trent and Erika Christensen, has begun filming. Special Agent Will Trent of the Georgia Bureau of Investigations was born into the foster care system in Atlanta and grew up there.

TV adaptation from a series by Anne Rice

A series based on Anne Rice’s Lives of the Mayfair Witches trilogy will premiere on AMC+ in 2023. The eight-episode show, which features Alexandra Daddario, Harry Hamlin, and Jack Huston, will debut in the new year. The TV adaptation will centre on neurosurgeon Dr. Rowan Fielding, who learns that she is a descendant of a family of strong witches who a monstrous entity has tormented.

The Last Thing He Told Me

TV adaptation from a novel by Laura Dave

Hello Sunshine, the production company headed by Reese Witherspoon, has scored big by acquiring the film rights to this New York Times best-seller. The miniseries will premiere on Apple TV+ in 2023, with Reese Witherspoon, Laura Dave, and Jennifer Garner serving as executive producers. A lady called Hannah develops an unusual relationship with her stepdaughter in this film adaptation of the novel The Last Thing He Told Me.

Are You There God? It’s Me, Margaret

Film adaptation from a novel by Judy Blume

Are You There, God? by Judy Blume has been available to the public since 1970. Kelly Fremon Craig will helm and pen the screenplay for It’s Me, Margaret, starring Rachel McAdams and Kathy Bates, and the film will debut in cinemas that April 2023. Margaret Simon is a sixth-grader whose family has recently relocated from New York City to New Jersey. Since Margaret’s parents are of different faiths, she feels compelled to investigate her own spiritual roots. 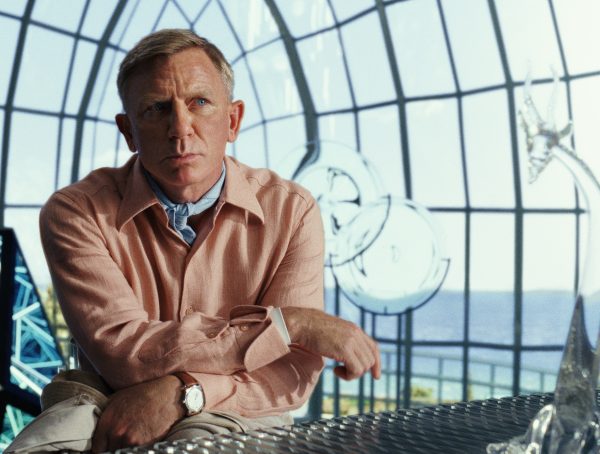