As is the case with Blockbusters, most of the traditional stories that survived the passage of time in each culture have a very similar structure, something Joseph Campbell decided to name the Monomyth in his book The Hero With a Thousand Faces.

Some filmmakers not only refuse to follow the structure Hollywood seems to impose on everything it does, they mock the industry for it in some of their films. The Coen Brothers have always refused any typical structure and some believe they give a wink to the stupidity of Blake Snyder’s Save The Cat! in their film Inside Llewyn Davis. They not only deny the existence of a passionate and active main character who supposedly needs to be a hero-like figure (someone who saves the cat when it’s stuck in a tree), they show someone, like in most of their films, who’s trying to figure his way in life, failing most of the times, and, in the case of Llewyn Davis, loosing for almost the entirety of the film a cat identical to the cover of Blake’s book.

The thing that is important to take away from this, is that there’s no need to rely on the typical structure of Hollywood adventure films but most of the successful filmmakers, if not all, who have decided to break away with the tradition know that the rules exist. They know how to break them because they know them, some even by heart. Like a jazz player that has learned the basics of music, almost always from the classical genre, so that he or she can improvise and invent while still being in tune, most of the master inventive filmmakers have improvised after learning the core concepts.

Christopher Vogler, a Hollywood development executive, adapted the Monomyth to a book named The Writer’s Journey: Mythic Structure for Writers. In it, he divides the hero’s journey of a typical adventure film into the three acts and to more specific twelve steps within that typical universal structure:

The first step, which he decided to name the Ordinary World, presents our hero. We learn to see the world from their point of view and empathise with them. A good example is Harry Potter in Harry Potter and the Sorcerer’s Stone. He’s presented as an orphan boy who sleeps beneath the stairs and who is constantly taunted by his cousin, oblivious to the adventures that he’s going face briefly.

The Call to Adventure is the first event that demands the hero’s action. Neo being told to wake up and following the white rabbit in The Matrix is a notorious reference to that moment in the book Alice in Wonderland, by Lewis Carroll, which first presents a strange element in the hero’s world, so apparently normal until now.

The next step is crucial, according to the author, to make us relate to the hero. The hero Refuses the Call. What seems undoubtedly exciting is also scary and can be too much to handle at first. Bilbo in The Hobbit – An Unexpected Journey is obviously reluctant when a group of dwarves comes knocking at his door and ask for his help and risking his life in the process.

At this point, our hero needs someone to guide them so it’s crucial that the next step involves Meeting the Mentor. Obi-Wan Kenobi, Gandalf, Hagrid and Morpheus are all great mentors whom, without them, our heroes would never feel safe to move ahead. Between this step and the latter, a MacGuffin can also be presented. This is usually an object, person or anything else that moves the plot forward. The One Ring in the Lord of The Rings trilogy is an example.

Now, our hero has been presented with a challenge and a mentor has come along to help achieve the goal but they are still unsure, so something must happen to trigger a change to make the hero take the first step willingly towards the journey ahead (and moving from Act One to Act Two). They Cross The Threshold when suddenly the enemy takes away or puts at risk something or someone they holds dear. Luke’s uncle and aunt being murdered by the empire in Star Wars: A New Hope is a perfect trigger to make him move forward. He not only feels the need for revenge, he has lost his home and the place he could eventually come back to.

Now in the Second Act, our hero will meet new obstacles, allies and enemies in, what Vogler calls, Tests, Allies and Enemies. In Avatar, while Jake is discovering his new body as a Na’vi hybrid in Pandora he also has the opportunity to find whom he can trust. The moment when Harry is on the train heading to Hogwarts alone and meets Ron and Hermione for the first time or when Dorothy meets the Scarecrow, the Cowardly Lion and the Tin Man in The Wizard of Oz also represent this stage. At this point, our hero is usually presented with new elements from the unique world they’re stepping into so that the viewer can also be amazed.

The first big challenge has been named by the author as Approach to the Inmost Cave. In several cultures, this is usually presented as getting eaten by a giant whale, like in Pinocchio, for some reason. This is a great metaphor for entering an extremely dangerous place that shows the journey isn’t safe. When our hero decides to accept this danger, they gets more admiration by the viewer as we now realise their bravery in spite of their insecurities. Another good example comes, once again, from Star Wars. Any guesses? You’re right once again: the Death Star.

There can’t be a journey in the belly of the whale without an Ordeal and the author characterises this stage as deeply crucial to the mystification of the hero. If the hero fails, all is lost and they will seem to be failing for a while.

It’s after facing this obstacle, represented as death or a great enemy, after sacrificing something, that our hero gets a Reward. It can be a weapon, secret plans, a love interest… anything the hero had their eye on. Saving Princess Leia after losing Obi-Wan Kenobi in the Death Star perfectly exemplifies these two last stages for Luke Skywalker.

In order to have a strong hero we also need a strong villain so it’s natural the enemy will not be defeated so easily. It’s on the hero’s Road Back at the beginning of the Third Act that the enemy will most likely chase. When King Kong finally grabs Dwan and decides to go back to his island, the humans decide to obviously chase him in King Kong. The reward must be so prized that everyone is willing to fight with all they have to keep it. In this case, a human life and all the others put at risk during King Kong’s escape.

Unlike Kong, unfortunately, the hero usually Resurrects from this stage and goes back to fight the enemy much stronger and wiser than before. In the rare case of Doom, John literally resurrects after taking a drug that could either transform him into a monster or give him special abilities. It’s at this stage that he fights his enemy in a final battle and ultimately wins.

After Returning Home With the Elixir the hero has been given a new perspective on life. In Finding Nemo, for example, Nemo finally appreciates his father’s concerns after ignoring them at the start of his journey. In Kingsman, Eggsy is finally able to stand up to his father-in-law without losing his composure and give his mother a better life. It doesn’t matter how ludicrous the resolution is as long as, according to Vogler, there is one.

I know this can all seem a little childish and, don’t worry, it is. However, it’s up to us, as filmmakers, to decide what to take advantage of, no matter how far-fetched its source may be, and what to ignore. You now know the code, so change it or keep it the same, it’s up to you. You can break it, mould it, flip it, flop it. Improvise freely and confidently like the best jazz player. I look forward to hearing your unique songs.

The film documentary is a genre that typically involves filming an event and its aftermath. Since the invention of cinema, … 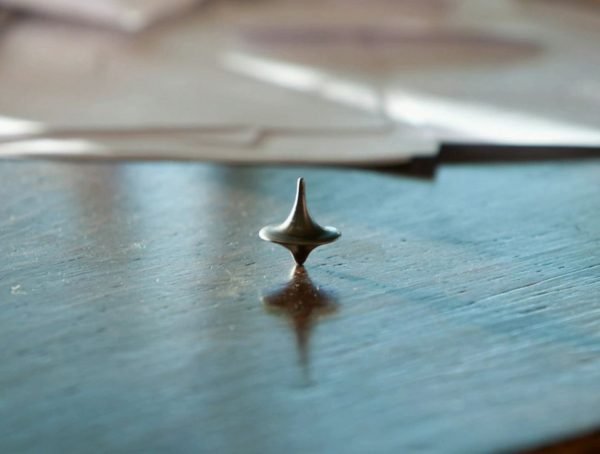 What is Meta-Textual Storytelling?

SPOILERS AHEAD! With the multitude of means of storytelling from video-games, literature, television, plays, songs, poems and of course, cinema, we …