What Exactly is British Cinema?

While there is a known difference between anything British and anything foreign, the distinction can get muddled when discussing British cinema. At its core, it is raw, realistic and speaks of values shared by its habitants, however, the films found on its proverbial edges can be very different, with foreign cast/crew members, locations and support. Does that make them less British? Let’s have a look at the main characteristics of our nation’s cinema and figure out what really makes it stand out from everything else.

There are certain themes commonly found in our films. They usually explore very real issues such as prejudice and discrimination amongst ordinary people, coming of age, and life in difficult parts of the country.

Our films make a comment on social issues as they are in the UK. Films like Kidulthood and Adulthood explore difficulties that the youth in the UK experience on a regular basis. In This Is England, reference is made to events in British history. Not only does it focus on the views and behaviours of English people in the 1970s, it also highlights the prejudicial views commonly found amongst particular groups at the time. Four Lions comments on the prejudicial views that some people have towards Muslims in the 21st century. The list goes on and on…

British films take a more realistic approach to storytelling. It is quite rare to find a British fantasy or sci-fi flick. Since our films are so relatable, they are confined to certain genres (ie. romance films, gritty thrillers, witty comedies or dramas). Regardless of genre, the films are always driven by strong storytelling and centred around the characters and the kinds of people they are.

Salmon Fishing in the Yemen is a classic example of a typical romantic film. It is subtle, witty and relatable. UK thrillers, such as London to Brighton, are typically fast-paced action filled stories centred around rather unlikely protagonists. Our comedies are brimming with dry humour about ordinary people/places/events that deserve ridicule, as it is in the film Four Lions. Our dramas are raw and truthful and identifiable regardless of whether it is modern (ie. Bullet Boy, Kidulthood, Fish Tank) or a period drama (ie. The Young Victoria).

Since British Cinema strives for authenticity, one can come to expect that an authentic British film will feature a large number of British media professionals, both in front of and behind the camera. It will feature writers, directors and producers who know what life is actually like in the UK and who are able to translate that realism on screen. The majority of the actors will have originated in the UK, making their performance more genuine and allowing them to relate to what the film is about.

As we move towards the more commercial and gimmicky, we move further away from the core of British Cinema

However, as we move towards the more commercial and gimmicky, we move further away from the core of British Cinema and often, those are the films that are not easily identified as being ‘British’. Content and Cast/Crew work together to define what British Cinema is. You can’t have one without the other. Harry Potter, Slumdog Millionaire, Skyfall, Inception, and Kick-Ass are classic examples of this. They may feature British actors and professionals but the content makes reference to foreign values and trends. As a result, the general public in the UK would not deem them 100% British. The same thing can be said for films with British content that use American actors for promotion only, such as The Iron Lady with Meryl Streep or Nottinghill with Julia Roberts. The content may be “real”, but because there are commercialised aspects of it, they are not 100% authentic either.

In terms of the way the films are shot, authentic British films take a much more relaxed approach to filmmaking. Unlike the more American style of filming, there are more views of surroundings and less, intrusive close-up shots. American films tend to be filmed/edited with plenty of close-ups that tell the audience how to feel, what to notice and who to root for. Our films take a step back and let the audience make up their own minds about what they are seeing. There is a sort of unique breadth to our nation’s cinema that is evident, even in British films that are more commercialised. 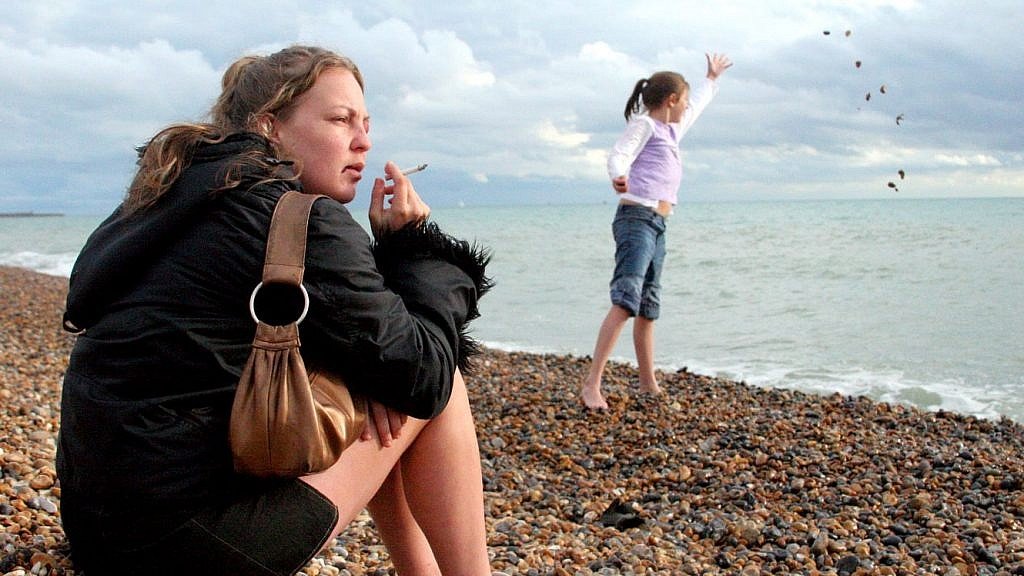 As shown, featuring views of the UK is an important part. However, it is not just a question of capturing part of the film in the UK landscape, these films were made here, on location in the UK or in studios like Pinewood and Leavesden (Warner Bros studio).

With that being said, would that mean that films which are co-funded by foreign companies and broadcasters, are less British?

While there are British films, such as Bullet Boy, Four Lions, This is England, London to Brighton, and Kidulthood, that stay closer to their roots, it is not to say that the more commercialised films from the UK (backed by British media professionals and studios) don’t follow some of the rules of ‘What makes a British film?’.

Unfortunately, the films that truly carry the British signature are not always the ones to become commercial successes overseas. Maybe it is because the British style is much more real and raw then the more popular American style, which is more dramatic and polished. Maybe it’s because this kind of grit can leave a ‘bitter taste in the mouths’ of moviegoers accustomed to American Cinema. Whatever the reason, in other places in the world like America or Canada, British Cinema is merely known for large franchise films such as Harry Potter or the Bond films, and to others, British Cinema is reduced to merely English accents and witty remarks.

It is important to realise that British Cinema is much more than that. It is created to send a message, yet packaged so authentically that it is believable. It is intelligent, and through provoking; relaxed and unobtrusive. It should be celebrated for its distinctiveness and integrity, as it is truly unique.